After addressing the crowd at Bulanda, Matayos Constituency, Busia County and handing over the microphone to area MP aspirant, Deputy President William Ruto was left watching as overwhelmed crowd bursted into pro-Ruto chants following what the aspirant said. 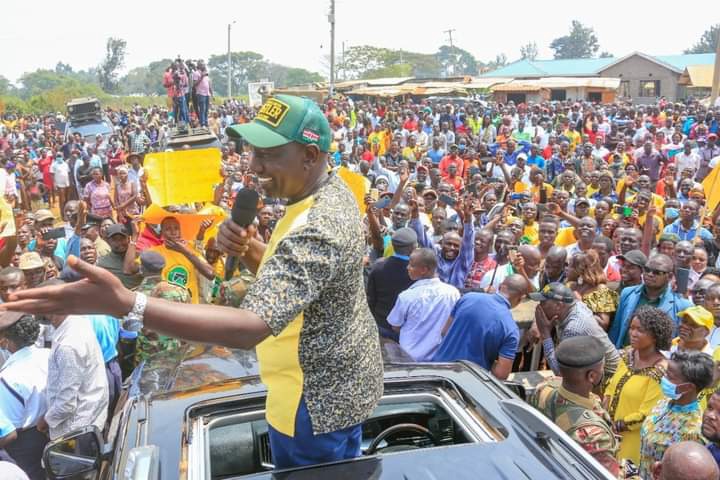 Mr. Joho Alende who is eyeing to unseat incumbent MP Geoffrey Makokha of ODM, began to move the crowd after he posed a question to them.

"They said that Busia is an ODM zone. Is here not Busia? So have you pelted us with stones?", Alende asked as the crowd bursted into cheers.

Mr. Alende said that the region's youth have been wrongfully used by politicians in the past and it is now time they have decided to join DP Ruto's UDA camp in forming the next government. 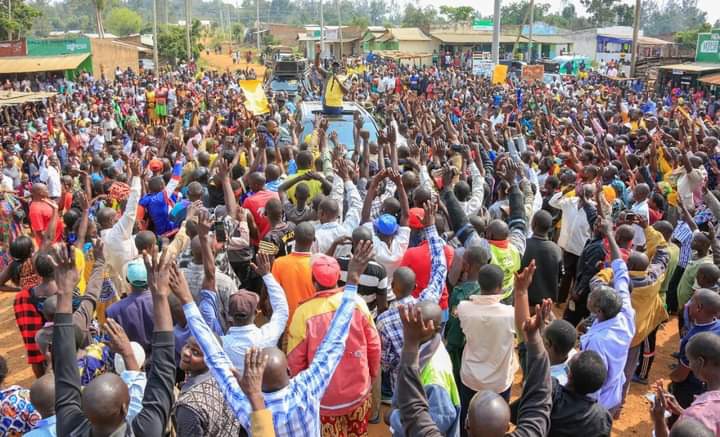 He said that their main aim is to ensure that the in the August polls, the region must produce both MCA and MP on the UDA ticket.

"As youth from this area we have been misused in the past. We have been used to destroy rails and throw stones, but we have now decided to form the next government with you," Alande said as the crowd bursted into pro-Ruto chants.

"Ruto, Ruto," they crowd kept chanting as Mr. Alende pleaded with them to cool so that he could finish his speech.

Meanwhile, Ruto in his side refuted the claims that he will be denied victory in the August election. He told the Bulanda crowd that he is the Deputy President and their can is no way their can be a Deep State or System if he that he doesn't know of. 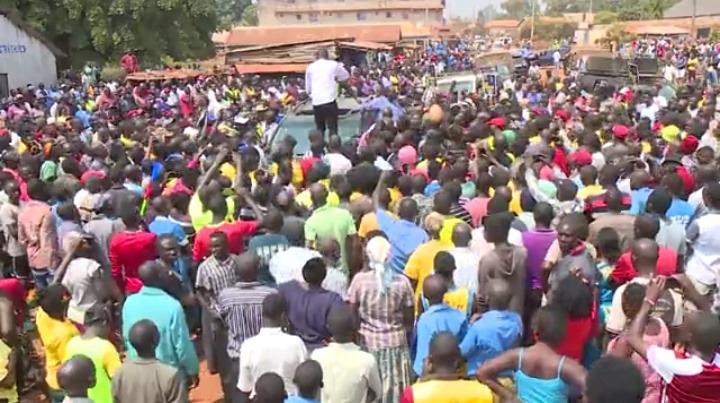 Martha Karua Reveals What Will Happen After The August 9th Polls