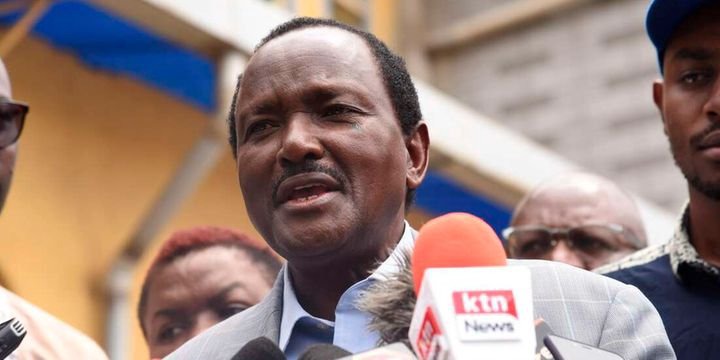 Kenyans have finally been told the possible reason why Wiper leader Kalonzo Musyoka never seems to stay in one alliance for a long time.

The former vice President is known for his habit of decamping from one camp to another and saying one thing while meaning the other, which has now earned him the tag watermelon among his fellow politicians.

Political analyst Macharia Munene says that there is a reason why he has been doing this, something that comes from within the politician.

He opines that the leader is politically insecure and short sighted, and will therefore leave as soon as he thinks things aren't working for him, thanks to his lack of patience and inability to see the far.

"The short-sightedness in politics makes one frustrated when things don’t go as they had expected. Shifting goal posts in a very short period gives the image that one is insecure, and is not to be trusted," he told The Standard.

He adds that Kalonzo's nature at times makes him make funny and futile decisions, like the one he made yesterday, when he announced that he too will be in the race to succeed President Uhuru Kenyatta.

The commentator says that Kalonzo now has no other option but to stick to his promise to vie for President, failure of which he will have killed himself politically and won't be able to come back.

He is of the idea that Kenyans are ready to completely abandon him if he again gives them a sign of being indecisive; by dropping off the top race, even as he admits that he cannot win.

"He has almost zero chance of winning the presidency, which he knows. However, he should stick to his decision this time around to save the little trust people have in him. If he abandons the wagon midway, he’ll never recover his reputation," he says.

Kalonzo made the declaration after a while in Azimio La Umoja. Earlier, he was threatening to vie for President through the OKA ticket, before joining Azimio and endorsing Raila Odinga for presidency.