Attorney General's Role of Legally Protecting the President and the Constitution

By informationsource (self meida writer) | 22 days 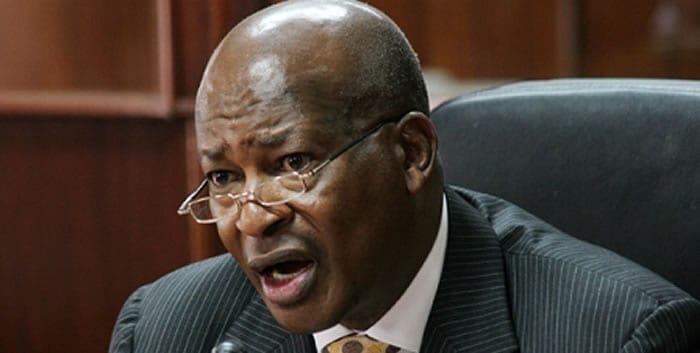 The 2010 constitution is a crucial document that in the past ten years has been tested by all sorts of learned friends. The BBI initiative is major phenomena that have seen lawyers and judges interpret the constitution as they tried to identify the legalities surrounding it. Based on the ruling from the High Court and the Appellate court, the Government's legal advisor, AG Kihara has sought the intervention of the supreme court which will elaborate on the main issues that he believes that Both courts failed to effectively conceptualize.

The following are the functions of the AG per the 2010 constitution. 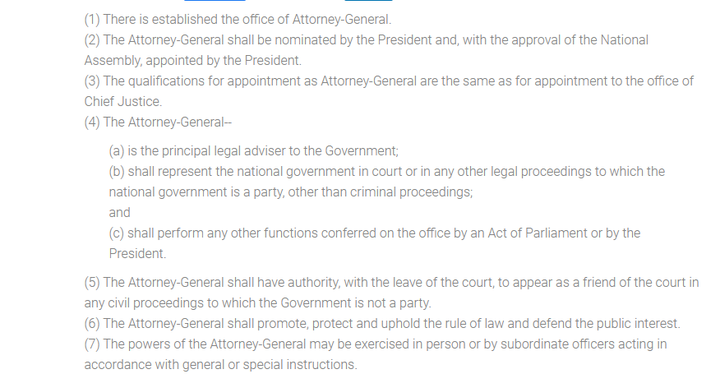 The first issue on the ruling on the listing of His Excellency Uhuru Kenyatta as a promoter of the BBI initiative. This comes after Presiding Judge Justice Daniel Musinga claimed "the president does not have the power under the constitution to initiate constitutional amendments. A constitutional amendment can only be initiated by Parliament (...) or by popular initiative," the AG Believes that the President enjoys civil, political and economical rights as any other citizen does. 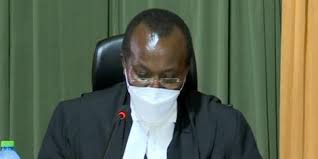 The Legal government advisor also revealed that the judges missed the point on the doctrine of the basic structure of the constitution which limits the capability of the constitution being amended through a popular initiative. The attorney general finds it compelling as far as the interpretation of the said issues is concerned. The failure of the BBI initiative was a test of his competence and knowledge of the rule of law which he must ensure is protected. 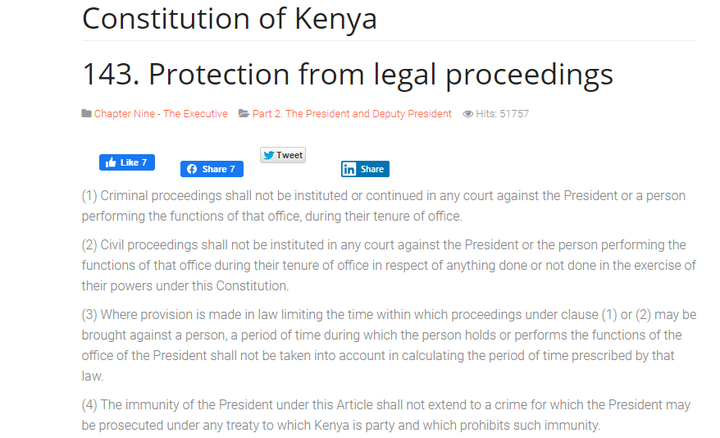 Content created and supplied by: informationsource (via Opera News )