By KijanaShort (self media writer) | 1 month ago

Presidential candidate George Luchiri Wajackoyah was a man in a campaign to make sure he stepped into President Uhuru's shoes in August when Kenyans voted. 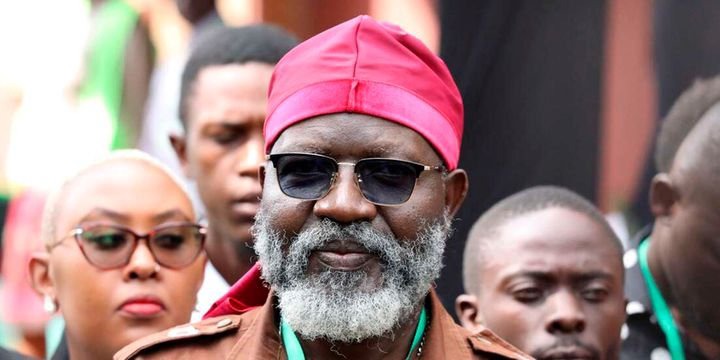 In his documentary, the thing that has made him popular with many Kenyans is that he has publicly campaigned for bank accreditation in the country.

This morning, Presidential Aspirant was interviewed on NTV Kenya and revealed some amazing facts.

Wajackoyah, while speaking to the Breakfast Show, revealed that he has never sat down with Raila Odinga for a meeting in his life.

However, he revealed that he met with Deputy President William Ruto and his wife Rachel a few years ago and the DP asked him to represent him in The Hague.

He revealed that he rejected the Deputy President as he had other things to do at the time.

Roots Party president-elect, who has been at loggerheads with Internal Security Cabinet Secretary Fred Matiang'i, has also revealed what he will do once he is elected President.

Wajackoyah has announced that he will fire the Secretary-General of the Homeland Security as soon as he takes over from President Uhuru Kenyatta in August when Kenyans elect him as their next Commander-in-Chief of the Defense Forces.

Content created and supplied by: KijanaShort (via Opera News )