By Elvooh (self media writer) | 4 months ago 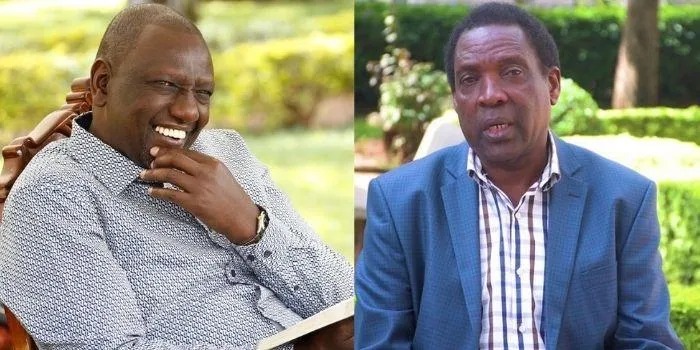 The University of Nairobi lecturer is likewise optimistic about Ruto's chances of forming government if he wins the August polls.

Despite his earlier anti-Ruto commentary, the don predicted that if the current DP reaches it to State House, he would be assigned to the Cabinet.

"As a person, I adore Ruto. I'd probably vote for him. You'll see me as a cabinet secretary if Ruto is elected president. It's time to take it to the bank. In a video shared on his digital platforms, he added, "He knows my potential."

This comment, on the other hand, came after a series of jabs at the DP while praising ODM leader Raila Odinga.

Manyora has criticized the DP's political views and campaigning methods. He took a shot at Ruto's Bottom-Up political theory in the video, while also praising Raila's contribution to Kenya's history.

"Raila has put her life on the line. He has given up all for the sake of this country. How can he be compared to Ruto? "There is nothing Ruto has done to prove that he cares about people's interests," Manyora said.

Meanwhile, ahead of the approaching elections, he slammed Raila and Ruto's promises. Raila has pledged Ksh6,000 in subsidies to low-income households, while Ruto has promised a Ksh1 billion kitty to SME's every year (SMEs).

"Politicians are like young boys," says one observer. Manyora submitted the question, "When they are attempting to attract the attention of a young lady, they will make all kinds of promises, but once they have the girl as a wife, they will back down on some of the pledges."

When asked about President Uhuru's apparent endorsement of ODM party leader Raila Odinga, the commentator stated that every outgoing president would want a voice in their successor.

"I don't think there's ever going to be a situation where an exiting president can be fully objective and impartial." The political analyst addressed the question, "All exiting presidents will always have an interest in their successor."

He remained circumspect, though, on whether a presidential endorsement will be successful, drawing an analogy with the 2002 elections, when then-President Daniel Arap Moi officially endorsed Uhuru's presidential run on a KANU ticket.

Planned Long Blackout Tomorrow, Check If You Will Be Affected

Results of A Latest Opinion Poll For The Kakamega Gubernatorial Candidates