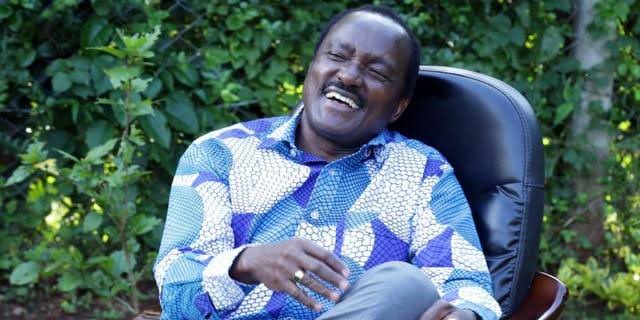 The research showed Deputy President William Ruto is leading the pack with a 43.3 per cent approval rate while Azimio La Umoja One Kenya coalition presidential candidate Raila Odinga came at a close second with 42.4 per cent.

It is the first time the Radio Africa poll has shown the two frontrunners being so close together. Raila has greatly reduced the gap between him and the United Democratic Alliance, UDA presidential candidate. In a past poll, Ruto was ahead of Raila with 19 points where the former Prime Minister was at 20 and Ruto at 39.

This time round only a 0.9 per cent margin is separating the two. This is where Kalonzo comes in. He was the third in the polls with 4 per cent support making the Star newspaper to refer to him as a kingmaker with the powers of tilting the results of the election and forcing or preventing a runoff. 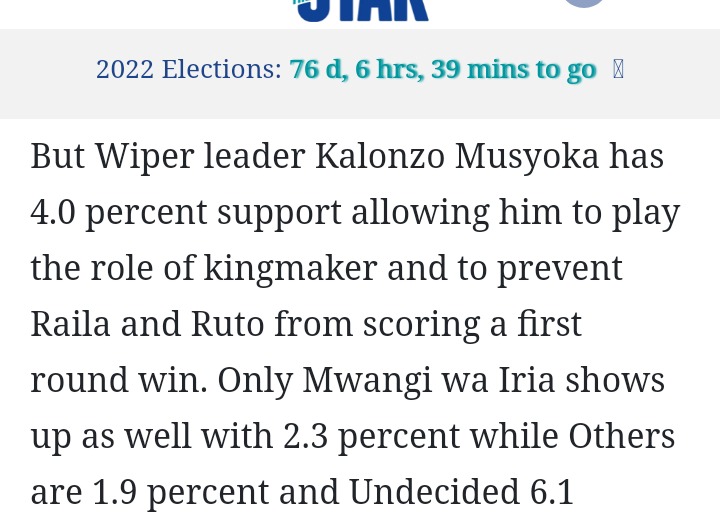 The research was conducted in 47 counties among 3,559 respondents who were contacted through mobile text messages or SMS.

Kalonzo's Wiper Party on Tuesday met and voted to approve his return to Azimio la Umoja coalition after ditching the outfit two weeks ago citing betrayal by Mr Odinga. However, he is personally yet to comment on the matter. His running mate Andrew Sunkuli also submitted election signatures to the Independent Electoral and Boundaries Commission, IEBC which is a requirement for applicants trying to vie for the top seat.

Reasons Why Most Partners Cheat in a Relationship

Serie A Defender is Willing to Sign for Man United, Just Waiting for a Call