By Feddyblog (self media writer) | 3 months ago 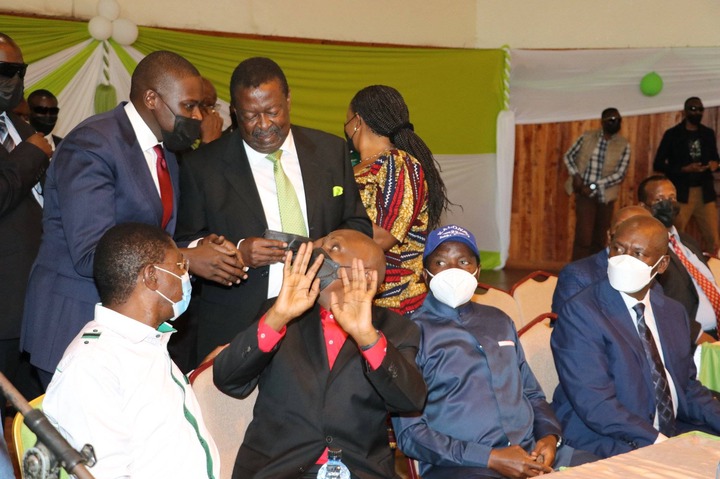 Amani National Congress leader honourable Musalia Mudavadi has today hinted at why his counterparts Wiper leader, Kalonzo Musyoka and Gideon Moi walked out of Bomas of Kenya during his 'earthquake' announcement. He mentioned that the OKA principals were afraid of being associated with DP Ruto because they would later be summoned.

According to the video clip shared by the writer, Musalia Mudavadi while in Bungoma county for their Kenya Kwanza Alliance rally, has revealed that his counter parts that is Kalonzo Musyoka and Gideon Moi couldn't bare the tremor of the 'earthquake' after they heard that the second in command was to attend the meeting.

He has also dismissed the excuses that they couldn't take photos with the DP since it would reflect that they are all working together. Adding to that he mentioned that the two were afraid of president Uhuru who would later summon them for allegedly working closely with his deputy while he has been having meetings with them to back Azimio La Umoja.

Listen to this Video 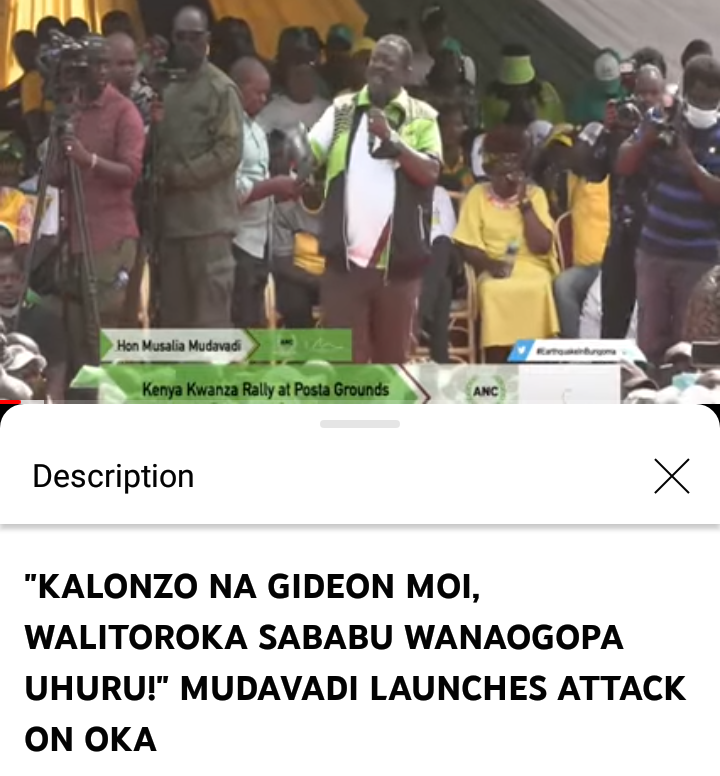 "How My Boyfriend Gave Me Abortion Pills Without My Knowledge, It Was Heartbreaking" Woman Shares