By Eduadolegend (self media writer) | 1 month ago

Kenyans who were blocked on Twitter by the President Elect Dr William Ruto pleads to him to be Unblocked few hours after the leader of Kenya Kwanza Coalition party was announced the president elect by Wafula Chebukati. 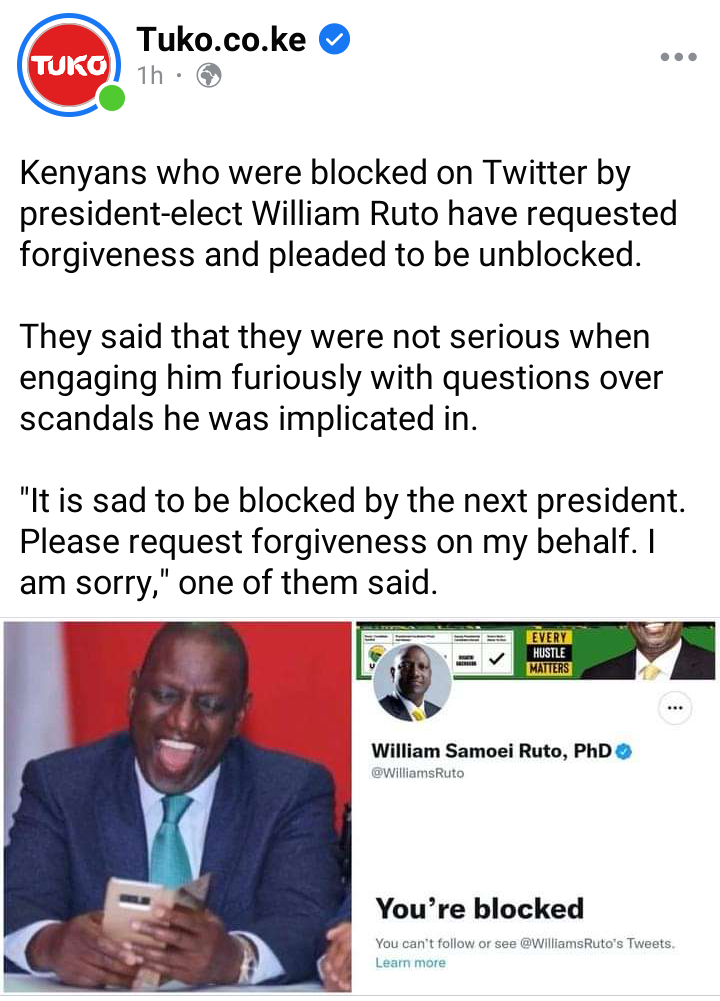 According to news published on Facebook platform, Some of Kenyans who were blocked by the fifth President Elect, asked for forgiveness and requested to be Unblocked and counted in government of the president. 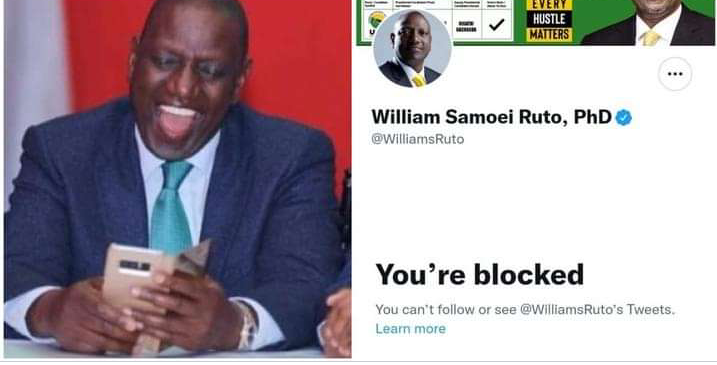 They said that they were not with the furious question they asked William Ruto about the Kimwerer scandal. One of those who was blocked disclosed to tuko news that she found herself on the wrong side of the incoming president after questioning him extensively. "We had a disagreement when I asked him about the Kimwarer Dam scandal. We were arguing on different pages," she said.

"I'm asking the 5th to unblock me. I was just joking and I'm a hustler like himself," she pleaded. 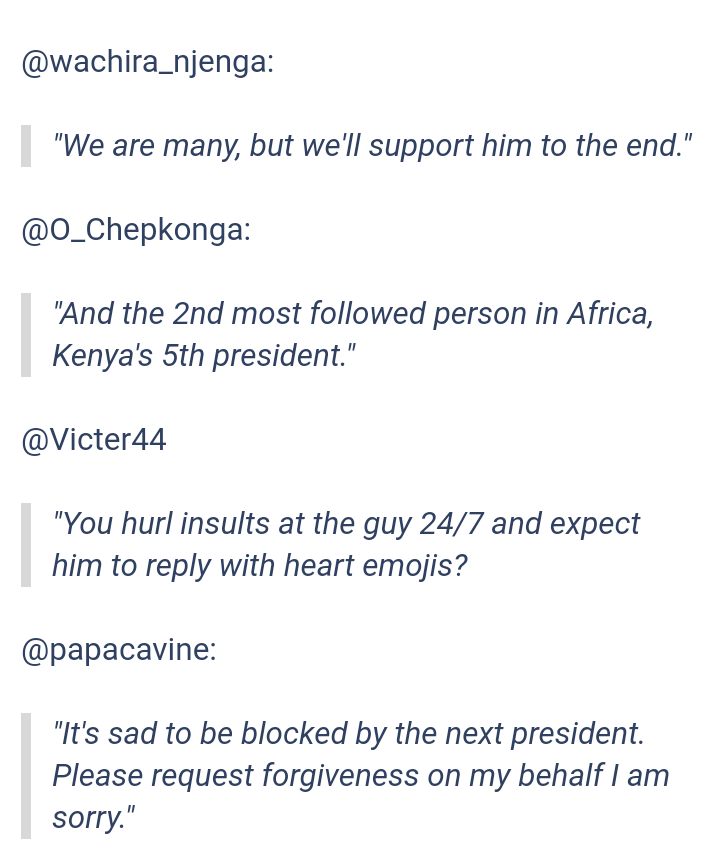 What Mutua Discussed With Uganda Commissioner Hours After Muhoozi's Remarks