Raila Odinga, the former prime minister, hosted Narok leaders in Nairobi today for a consultative meeting ahead of his Saturday tour of the country to promote his 2022 presidential ambitions. 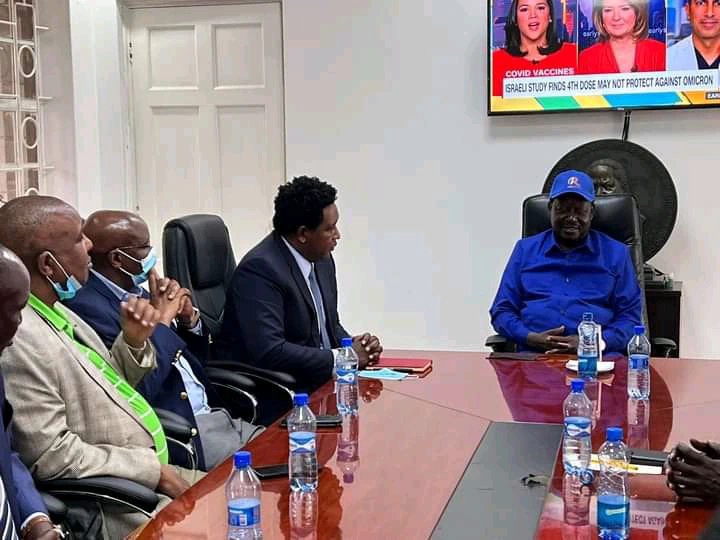 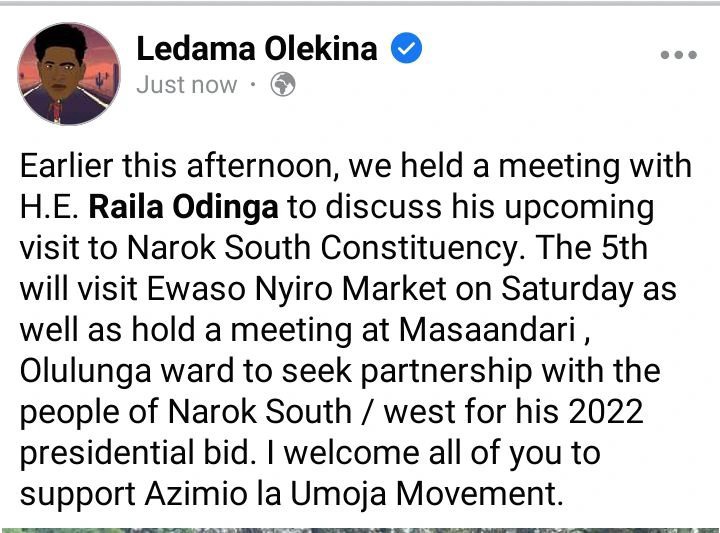 Raila Odinga and his campaign team will tour various regions of the Narok South and Narok West constituencies in order to raise awareness about his presidential quest. He will stage a big rally at Narok South constituency's Ewaso Nyiro market. 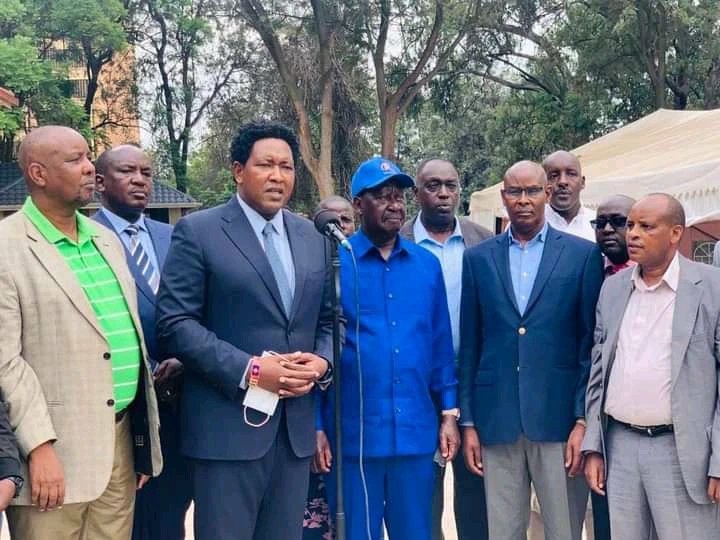 On Saturday, the 5th, he will visit Ewaso Nyiro market and hold a gathering in Masaandari, Olulunga ward to solicit support from the people of Narok South and West for his 2022 presidential bid, senator Ledama Olekina stated.

Senator Ledama Olekina also invited all Narok County people, particularly those from Narok South Constituency, to turn out in big numbers to greet his party leader Raila Odinga upon his arrival in the county.

Raila Odinga's pointman in Narok county is Ledama Olekina. He was elected in 2017 on an ODM party ticket. The outspoken politician is interested in succeeding Governor Ole Tunai as Narok County's next governor on an ODM ticket.

Raila Odinga is locked in a battle with Deputy President William Ruto for control of the region's votes ahead of the 2022 elections. Numerous figures from Narok and Kajiado counties have joined his Azimio La Umoja campaign, which is spearheaded by Kajiado Governor Joseph Ole Lenku.