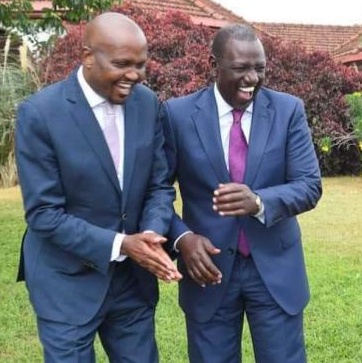 2022 is just around the corner, the much awaited year by many politicians, especially those looking forward to succeed president Uhuru Kenyatta. Some of these leaders although they are denying it have begun campaigns, soliciting votes and ensuring that they make their agenda known.

Deputy President William Ruto has been eying the President's sit for a long time now, and now that 2022 is here, he is not wasting his time. He is among the leaders traversing the country as he makes his Hustler narrative familiar to Kenyans.

Will opinion polls show that the DP has a promising chance, pundits say that his choice of running mate will either make or break his chances of succeeding Uhuru.

Ruto has created a base for himself in the Mt.Kenya region, and their relationship has gone as deep as some Mt.Kenya leaders being sure that the DP will chose his running mate from the region. Well one of the DP's closest allies has shed the light on Ruto's running mate. 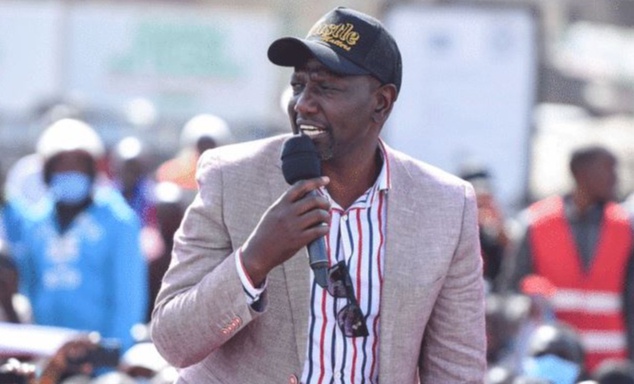 The Kapseret MP disclosed that Ruto has opted to pick his running mate from Mt Kenya because the region has solidly stood behind him and definitely deserves the slot.

“We have come from far and we have completed most of the things. If there are people who have stood with us during this time, are our Mt Kenya colleagues…as things stand, 75% for the choice will go to Mt Kenya. You will not have somebody work for you and later dump him, it is not easy, we also have solid teams from Eastern, Coastal and Western as well and we have been engaging them and we hope to reach a formidable agreement by February 2022,” Sudi said.

The controversial MP however did not mention any preferred Mt Kenya politician that Ruto has settled on as his running mate. 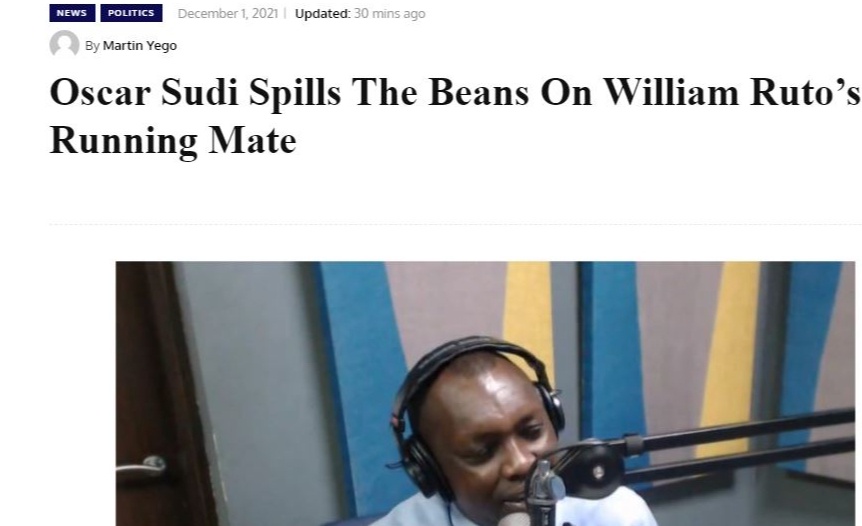 The DP has goodies for the region

Sudi also noted that Ruto will bring all on board and will not neglect any region should it come to power in 2022.

“We will also call on Nyanza people, bring them to the table and ask them to present their demands to us so that we can move forward together,” said Sudi.

The discussion about Ruto’s running mate comes just days after it was reported that the DP’s fiercest rival Raila Odinga could also pick his running mate from Mt Kenya.

According to the source, Raila is warming up to Mt Kenya region with the promise of a running mate coming from the region, with three names up for consideration.

“He has not shared his thoughts yet. The issue of running mates is not a discussion of today nor the 10th because there is a lot of consideration that goes into a deputy,” said Sifuna.

However, Raila insiders who spoke to Daily Nation on condition of anonymity divulged that the search for a running mate for the ODM leader has narrowed down to three. 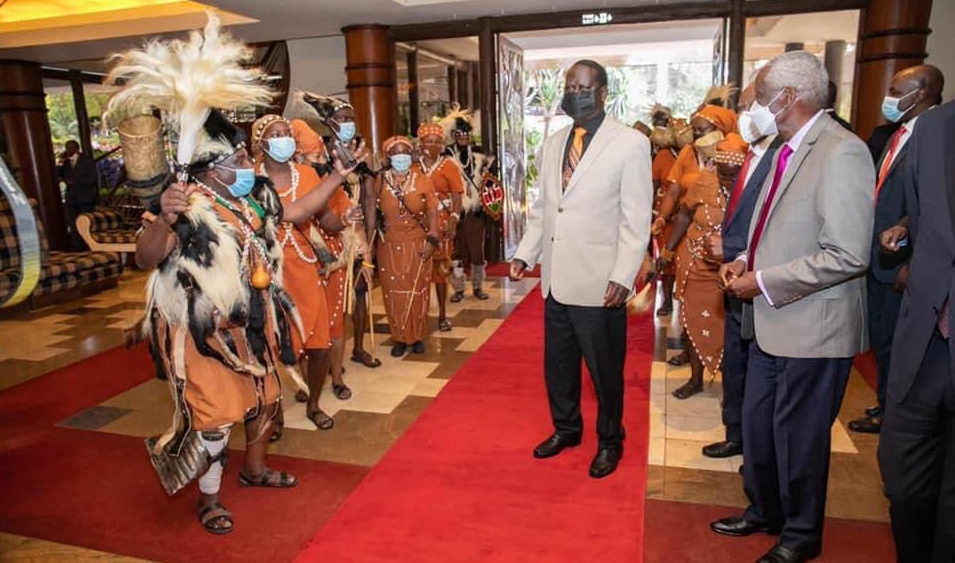 According to the source, Raila is warming up to Mt Kenya region with the promise of a running mate coming from the region.

However, the source said that the search for Raila’s running mate from Mt Kenya has now been narrowed down to three people.

The three are said to be Martha Karua, Peter Kenneth, and Nakuru governor Lee Kinyanjui. Of the three, only Kenneth and Kinyanjui have been traversing the country with Raila for his Azimio la Umoja campaigns.

Who’s this Raila Ally that is threatening to join DP Ruto?

Dagorreti Member of Parliament Hon Simba Arati has now threatened to Join Deputy President William Ruto's camp should anything to do with unfair Party's Primaries and selling of ODM Party Tickets ahead of 2022 is noted. 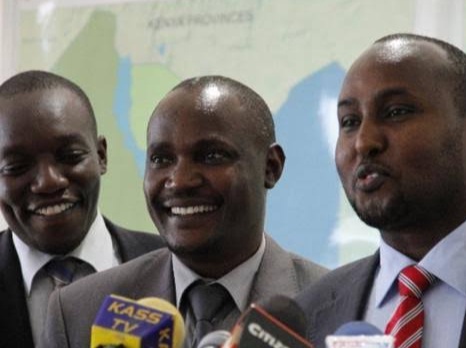 According to the report by the National Media group, it's now becoming evident that Simba Arati's decision to go for the Kisii Governor Seat has already caused sharp division in ODM Party Leadership, with various leaders pulling in Different direction.

Also, it's emerging that while Kakamega County Governor Hon Wycliff is now supporting Current Kisii Governor Hon James Ongwae, Madam Syengo who is the head of election on the other hand is supporting Simba Arati.

Ms Syengo, addressing the County ODM Women League, said Arati has been a committed ODM foot soldier over the years and wished him well in his governorship bid.

Reports Emerge on Why Raila Has 'Dumped' James Orengo, Mbadi And Embraced New Leaders in His Team