"We Don't Want To Be In Opposition" Kiunjuri Hints At Joining Raila, Sends Another Warning To Ruto 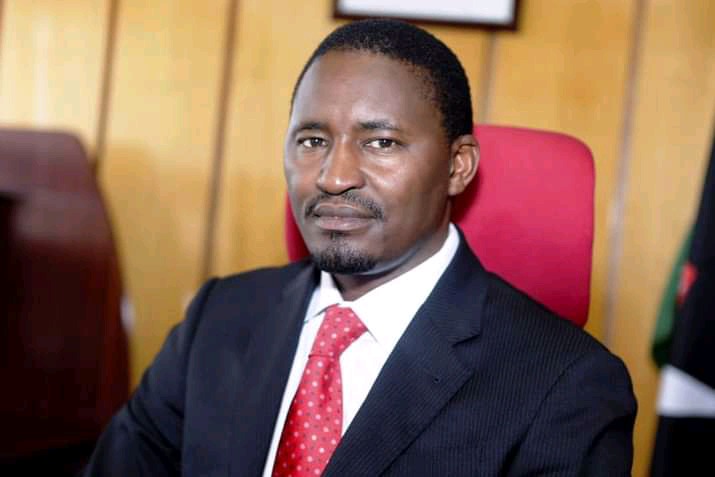 Former agriculture cabinet secretary Mwangi Kiunjuri has completely changed his tune on Raila's Presidential bid, the once great critic of Raila noted that the former prime minister has been making inroads into the Mount Kenya region something they had never expected would happen.

He explained that before, the region only saw Ruto as the only presidential candidate since he had been campaigning all alone, he argued that the latest developments are clear signs that Raila could be the next government, Kiunjuri lauded the ODM boss for embracing regional leaders and parties unlike Ruto and his UDA who have already declared they will go to the ballot all alone.

Kiunjuri further warned against belittling president Uhuru Kenyatta's influence in his succesion by Ruto allies stating that he is still powerful and should not be assumed.

The vocal politician argued that with the current support of Mt. Kenya respected individuals including governors, elected leaders, top government officials, and businessmen, Raila's chances of winning the presidency is increasing. 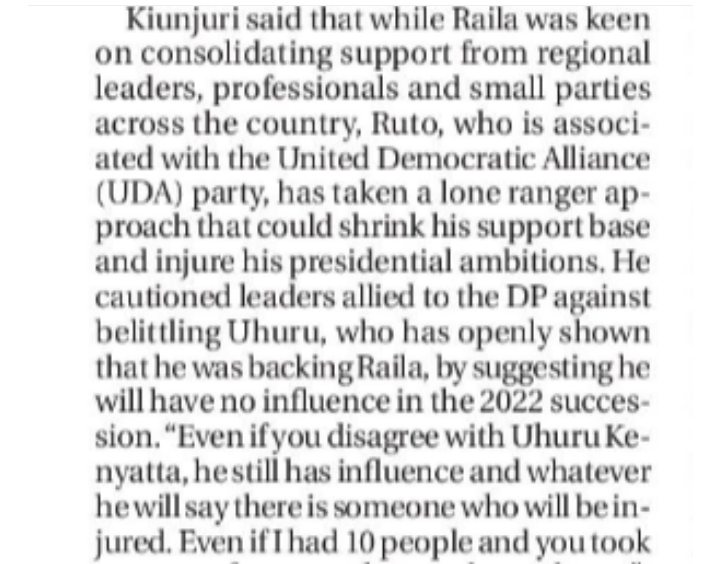 According to him, the former prime minister only needs 30% of Mt. Kenya votes to become the next president of Kenya since he already has great support from other parts of the country.

And in what appears to be scheming to join Raila's camp, the former cabinet secretary stated that they will go back to the ground to engage their people since they don't want to be in the opposition. 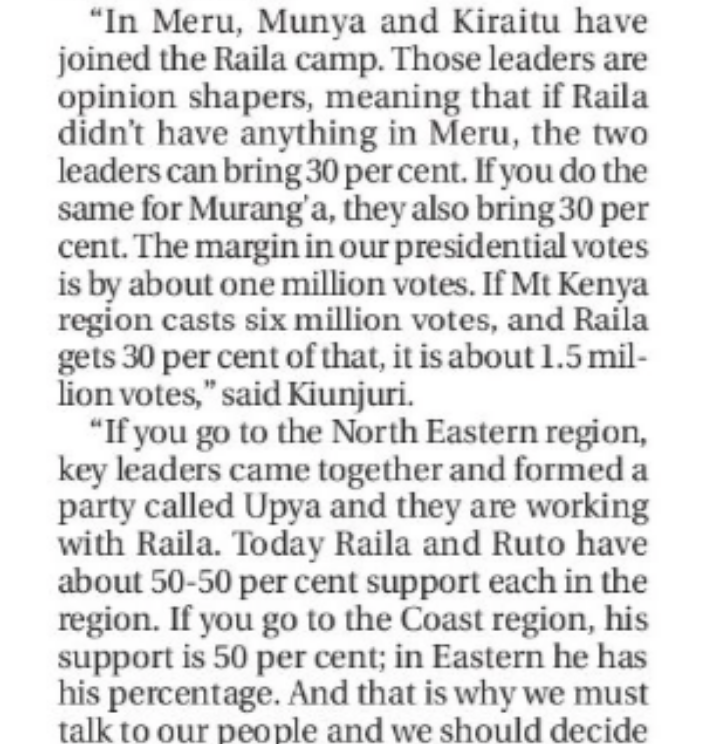