President Uhuru Kenyatta on Tuesday regretted the folding up of the One Kenya Alliance and once more drummed up support for Raila Odinga. A delegation from Western Kenya.

Uhuru was addressing a delegation of leaders at State House drawn from the five Western Kenya Counties of Kakamega, Bungoma, Busia, Trans-Nzoia, and Vihiga.

The president assured his guests that all projects begun in the Western Kenya region will be completed as scheduled. The President did not lose the opportunity to drum up support for his Handshake partner Raila Amollo Odinga, saying:

"I am not a mad man to wake up one day and settle on a man whom I have hated almost all my life and bypass my deputy. I have my reasons that I will tell Kenyans soon during the appropriate time. I must leave the country in safe hands." 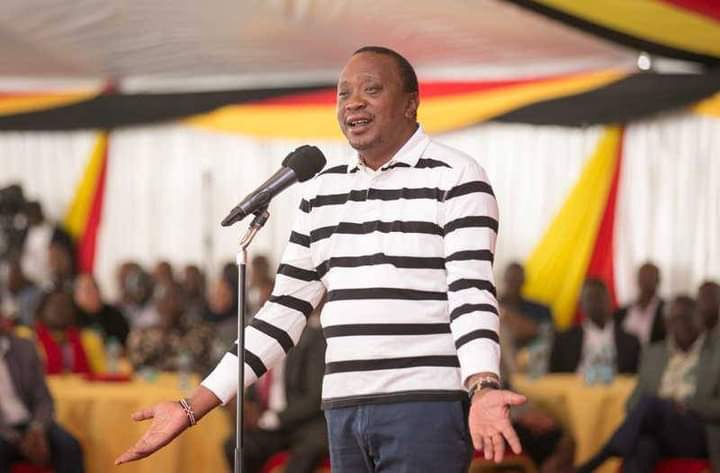 Addressing himself to the issue of the crumbling One Kenya Alliance President Uhuru said: "They are just lost. They would have benefitted if they'd stayed with Raila. Kenyans will be in safe hands under Raila's leadership other than the other people who are chasing them". 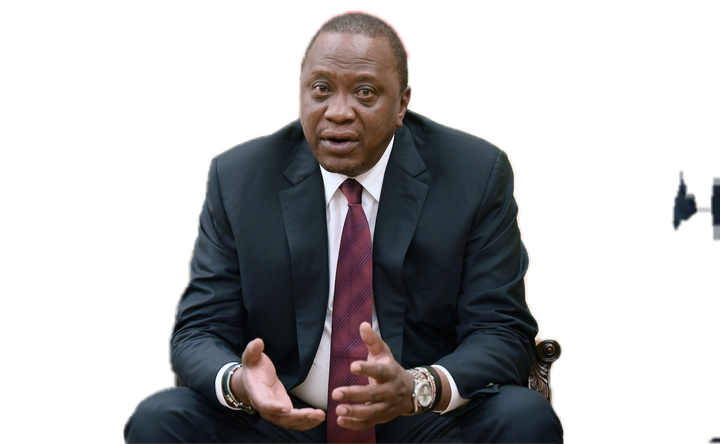 It was instructive that Uhuru took immediate steps to summon Western Kenya leaders after Mudavadi's bolted from the One Kenya Alliance.

When the president referred to other people chasing OKA Principals he was no doubt talking of his deputy Dr. William Samoei Ruto.

Through the now famous Bomas of Kenya earthquake, Ruto bought Mudavadi to his side of the political divide and according to observers got Ford-Kenya leader Moses Masika Wetangula for free.

On Wednesday morning another OKA Principal Stephen Kalonzo Musyoka indicated that he might team up with billionaire businessman Jimmy Wanjigi to continue his bid for State House. 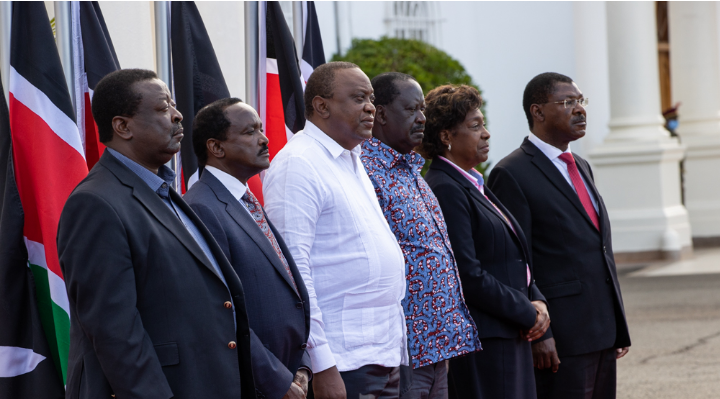 The One Kenya Alliance was mooted by leaders who felt it was time someone else became a rallying point, other than Raila.

Whoever is responsible for the crumbling of OKA must have strategized that with Mudavadi in the presidential ballot box Raila can only get a fraction of votes from Western Kenya. Likewise, with Kalonzo on the ballot, Raila loses another one of his traditional strongholds of Eastern Kenya. That leaves the battle for Coast and Northwestern open. With a lead in Rift Valley, Central Kenya, and minimal votes everywhere else that would almost translate to a landslide outcome for Ruto and the United Democratic Alliance (UDA) Party.

Netizens Reaction After Bahati Posted an Amazing Photo with Karua

" I Forgive Everybody " DP Ruto says

Atwoli Reveals Why DP Ruto Should Be Denied The Presidency, Informs What Should Happen to Mudavadi

6 Foods Scraps You Can Actually Consume