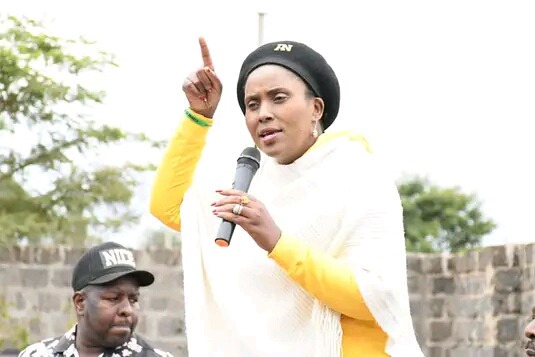 President Uhuru endorsed his arch nemesis-turned-ally Raila Odinga of Azimio La Umoja One Kenya Coalition Party and asked his Mt Kenya backyard to vote for him, alleging that Ruto was unfit to run the country. Not everyone was happy about the president's decision, although some supported his ideology. Thika Town MP-elect Alice Ng'ang'a is among the people who are bitter with President Uhuru Kenyatta for refusing to support his deputy's presidential ambitions. 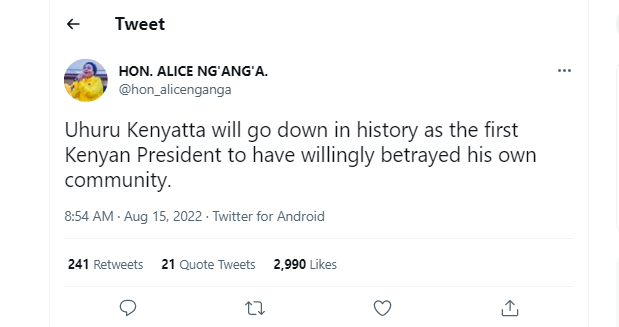 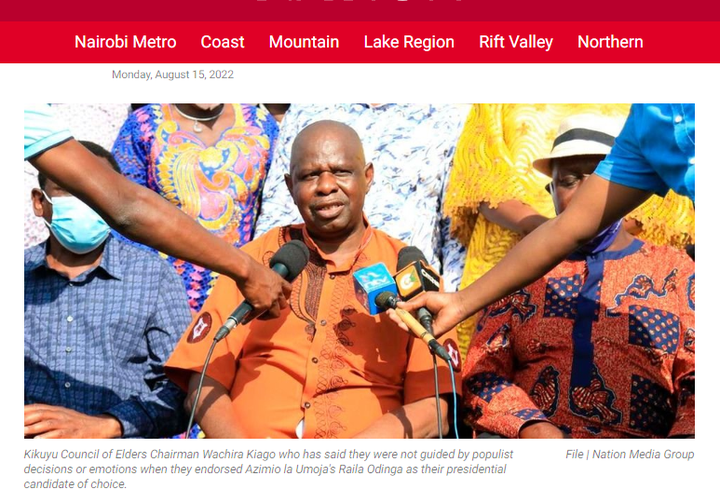 Ng'ang'a's sentiments come after the Kikuyu council of elder's remarks, which allege that the Mount Kenya Community will soon regret its council's wise counsel to vote for Raila instead of Ruto, whom Uhuru's government has constantly accused of sabotage and blackmail. The statement from the Kikuyu codicil of elder's chainman Wachira Kiago reads, "We settled for supporting Raila Odinga as the ideal presidential candidate to succeed Kenyatta. That remains the wisest stand for our community regardless of the vote outcome. And our people will soon see the grave mistake they made to sell their souls to Dr. Ruto and trusting their fate in his hands without even having a political party of their own."