Wetangula Chest Thumps, Says He Made Kibaki President In 2007

By Delanprince (self media writer) | 11 days ago

Ford Kenya party leader Moses Wetangula has decided to talk the truth behind former president Mwai kibaki's 2007 presidency. The 2007 elections were highly contested and thus led to the post elections violence which saw innocent Kenyans loose their lives and thousand others displaced. 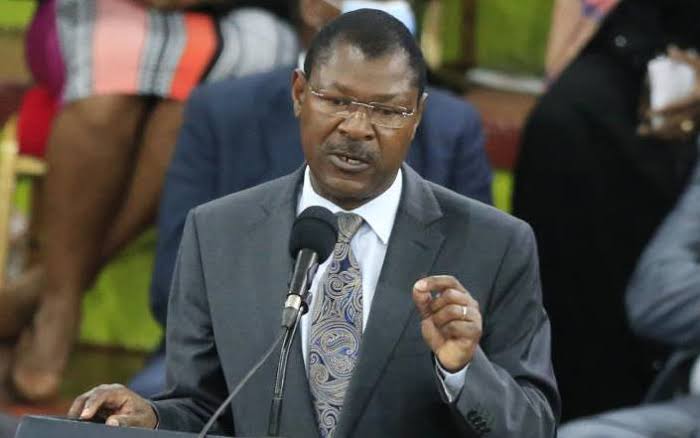 To make the mount Kenya Region foundation leaders,tycoons and businessmen happy and have trust in him,Moses Wetangula has said that he was the one who helped kibaki to clinch to power in that year.

He said that the former president was rounded by trustworthy people like him and Martha Karua who made sure that the seat goes to mount Kenya without dispute. He said that for those from mount Kenya knows that he took part in the making of kibaki Kenyan president in 2007.

Moses Wetangula: I am sure you from Mount Kenya know that in 2007 without me and Martha Karua who were with Mzee Kibaki, hii kiti ingeenda. Mzee alikuwa amezingirwa.

Signs You And Your Partner Are A Perfect Match.