“We are Ready for By- Elections,” A Section of Tanga Tanga Members Say

By EKoila (self media writer) | 2 years ago 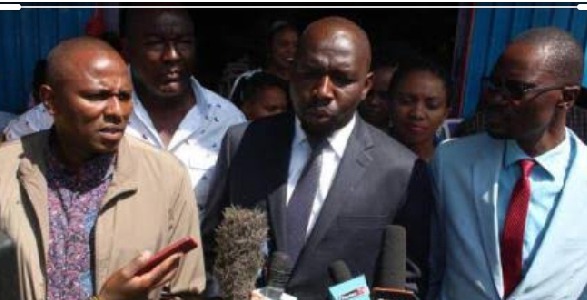 Hours after Chief Justice David Maraga wrote to President Uhuru Kenyatta advising him to dissolve the parliament for failing to implement the two-thirds gender rule, a number of senators and Mps allied to the tanga tanga team have come out to state that they are ready for a by election.

Led by Elgeyo Marakwet county, Kipchumba Murkomen, they took to their twitter account to say that they are in support of CJ Maraga’s advice.

“All said and done I am ready for the by election,” Murkomen tweeted

In yet another tweet, Ichungwa Kimani who is the Mp of Kikuyu constituency said that he is also ready for the by elections. 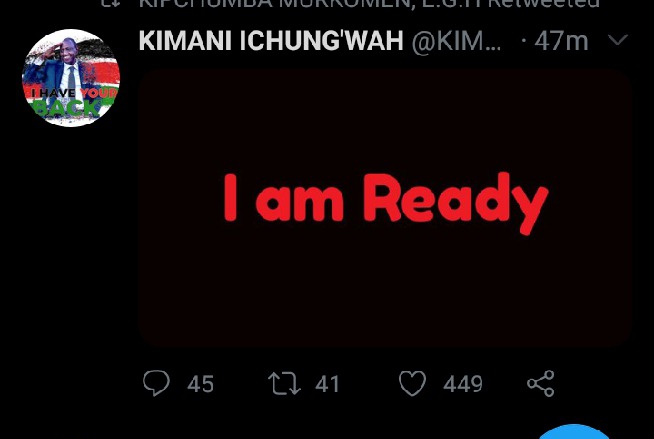 Uasin Gishu county Women representative, Gladly Boss Shollei, also took to her twitter account to say that the Chief Justice is acting on good faith by recommending dissolution of the parliament.

She went ahead to state that before advising for the dissolution of the parliament, he engaged the speakers of both houses and the Attorney General in June 2019.

“CJ MARAGA ACTING IN GOOD FAITH-Before recommending that Parliament be dissolved as he is legally bound the CJ in good faith engaged the speakers of the two houses and the AG in JUNE 2019 despite the fact that the constitution does not provide for this. The AG did not respond,” Shollei tweeted. 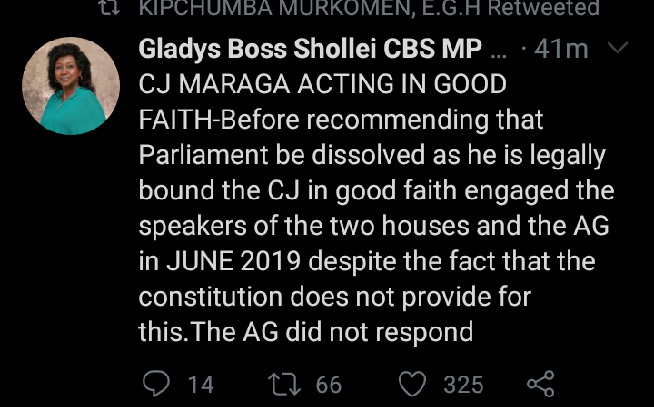 A lot of mixed reactions have been aired following the CJ’s advise on parliament dissolution, with a larger percentage of male political leaders dismissing him saying that his advice to the president doesn’t hold any ground.

Kericho senator, Aaron Cheruiyot, took to his twitter to say that dissolving the parliament is not a guarantee that Kenyans will elect women leaders.

“Even if the president follows through on Maraga's advice and dissolves parliament, what is the guarantee that the next elected house will be 2/3rds compliant ? All factors holding, the numbers may even reduce. The PEOPLE r supreme. They populated bunge as they wished in 2017,”

Mudavadi: Kudos To Wetangula For His Powerful And Well Reasoned Ruling In The National Assembly

Mudavadi's Message After Wetangula Made a Huge Ruling In Parliament

Mudavadi Breaks Silence on Wetangula's Ruling, Sends This Message to Members of Parliament