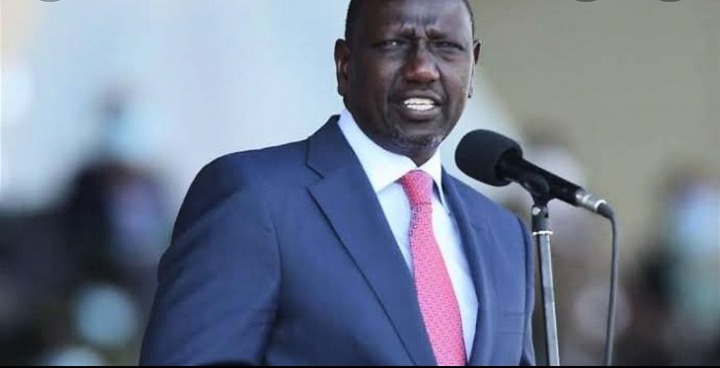 Former State House Strategist Mutahi Ngunyi has asked President William Ruto to stop issuing much diplomacy speeches at the United Nations General Assembly, urging that the Whites have different preferences and styles of interpreting issues which might not go along with How Ruto is doing it right now.

Speaking through a tweet, the professor revealed that the western Countries leaders have in the past ignored top leaders from Africa who are concentrating in spreading the most backtracking moments about Africa as a way of asking for help to enhance development and other infrastructural enhancements which have been excluded from Africa. 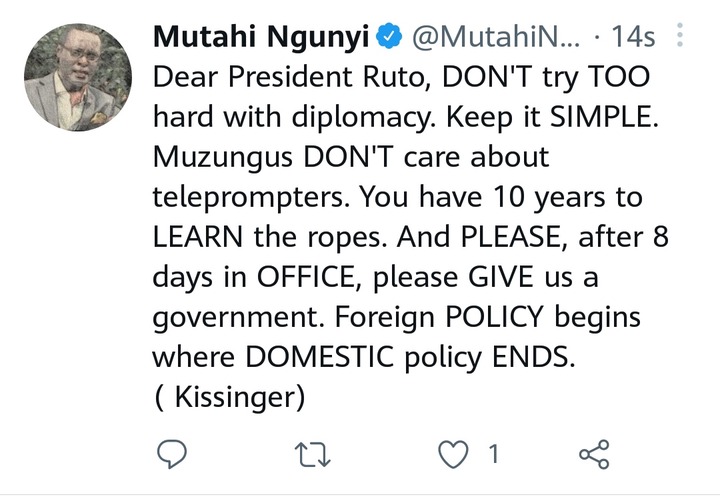 He further told Ruto that He had a long time in Office upto 10 years to learn about His relationship with the Whites, and the roles that He has to play, and it has been seen that He had not accomplished the same, because He is a newly elected president.

He further asked Him to consider coming back to the Country after the tour, and spend utmost 8 days in the Country before finally giving Kenyans an update on His administration which has left speculations among many, to a point that many services offered by the State had to be Halted for a while first.

Mutahi supported His wish by giving a famous saying by a writer identified as Kissinger, which purports that envy foreign policy by a government should start after the highest offices in the land have competed their internal policies first, which majorly covers ordinary people who make a Country.

Ruto has been mentioned by Kenyans on several occasions in their own posts, while claiming that His delay in giving a new administration had led to spreading to bad policies from CS and other accounting officials who were appointed by the former president, hence ruining His chances of having a better start.

Also, Kenya Kwanza team updated Kenyans recently that Ruto will have to seat down with His close allies after return, and deliberate on several matters before finally naming His government Cabinet and other sections.