Kibwana tells off Kalonzo on supremacy

Governor says plan to end wiper and muungano party pact insignificant since the people of makueni have not been consulted.

Governor kivutha Kibwana has told wiper leader kalonzo Musyoka his time as ukambani supremo is up.

Reacting to kalonzo's declaration to end the pack between wiper and muungano party,Prof Kibwana described the move as insignificant since the people of makueni had not been consulted.

Wiper last Thursday served Makueni country Assembly speaker Douglas Mbilu with a letter of it's intention to end it's agreement with muungano party pending shakeup of the assembly leadership.

Kibwana was elected governor in the first term on muungano tickets, but secured his re-election on a wiper ticket which also named him party chairman

The Makueni governor,who has teamed up with governors Alfred Mutua( Machakos) and Charity Ngilu (wiper) , said it should dawn on the former vice president that his time was up.

"I want to tell wiper leader,where I'm also a member, to stop meaningless fights and support development politics in ukambani Kalonzo should do one favour to our people - accept that he has failed to ensure development.

Kibwana who spoke during a thanks giving ceremony at kambu at the week end said as constitutional right to view for presidency in 2022 so long as the people will endorse him for seat.

The governor said that former MCAs had warmed up to Kalonzo lately was apointer it was the wiper party leader who had been fuelling the wrangles that rocked the country in his first term in office.

Kibwana had accused the MCAs of holding his government hostage ,a stand-off that nearly led dissolution of the country 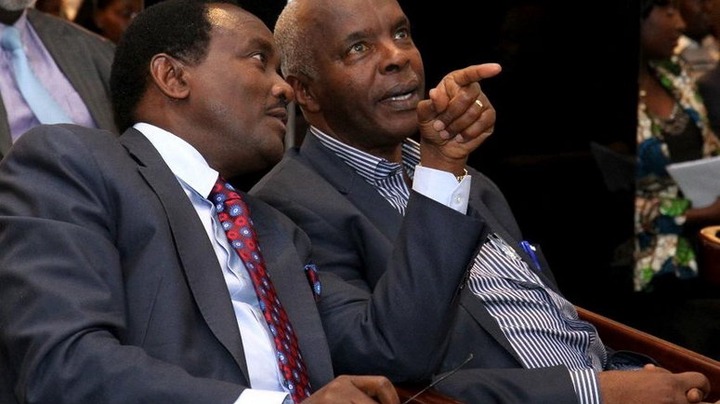 Is it Azimio or UDA Who will garner more votes? Latest Opinion poll shows.