Kenyan newspapers have reported elaborately on the just concluded by-elections in Juja, ruuri and Bonchari where the president's party jubilee got a rude shock.

Bonchari was taken by ODM as the rest were taken by parties associated with deputy president William Ruto.

The standard dwells on the blame game among jubilee stalwarts as they ponder on the next step.

It's reported that the president didn't take the beating lying down as he gave some of his closest advisors who were in charge of the campaigns a dressing down before he flew to the coast.

In another story, president Uhuru Kenyatta yesterday launched the lamu port whose first berth of the planned 32 berths is complete.

Uhuru promised that two more berths will be ready by the end of this year to allow more vessels to dock.

Lamu port will play a key role in lapset project that seeks to open up Kenya to Ethiopia, south Sudan and other neighboring countries that are landlocked.

Finaly the paper also reports that after election victories in Juja and Ruuri, the deputy president William Ruto is headed to the coast. 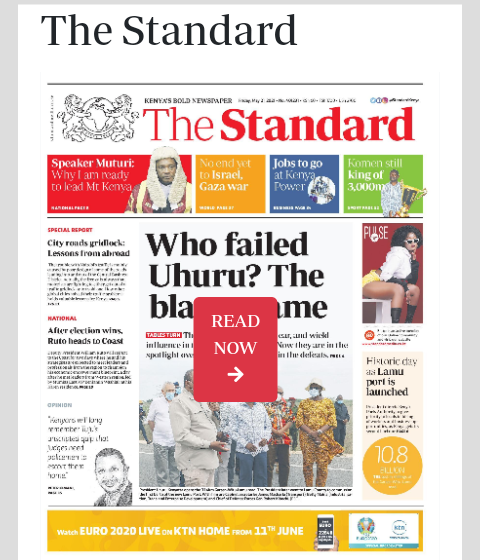 The paper tries to find out why the president who was voted b the region unanimously in 2017 is finding it difficult to win a seat in his backyard.

In another story, the president's guards had to move with speed to stop a man who had moved very close to the president posing a security threat.

In yet another story, kisii elders want Matiangi and kisii governor james ongwae to reconcile after brushing shoulders during the just concluded Bonchari by-election. 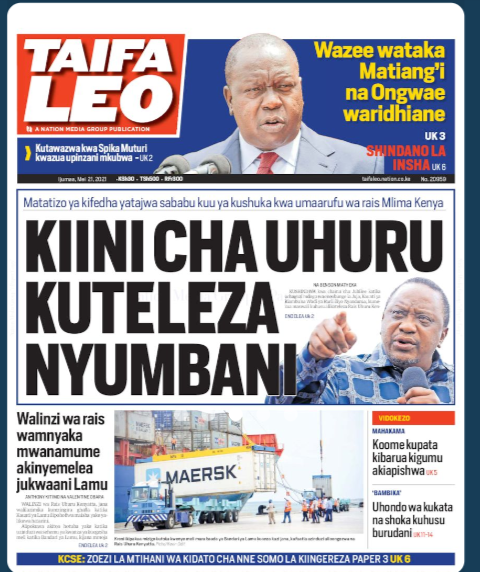 The nation reports that there is a looming fallout within Jubilee following the big lose the ruling party experienced in the just concluded by-elections.

Some jubilee leades are now accusing the president of Putting too much trust on technocrats and civil servants while sidelining them.

The disgruntled Leaders say if the trend isn't reversed, they may as well forget winning the kiambaa seat. 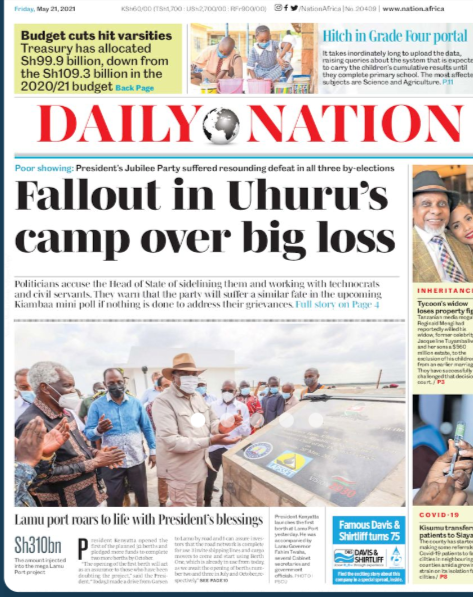 The business daily reports that Vodacom which is one of the largest shareholders in safaricom is planning to sell it's shares.

In another bad news to the kplc workers, a number of them may lose jobs if the restructuring plans by the company are effected to cut costs. 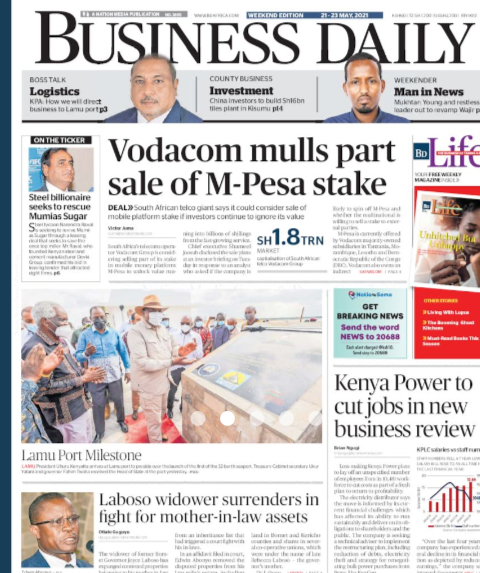 The Ugandan daily focuses on the planned construction of an oil pipeline from Uganda to Tanzania's Tanga port.

Uganda's president Yoweri museveni was in Tanzania for the signing of the deal together with the oil giant total.

In another story, an mp has broken his silence after his two wives clashed during his swearing in. 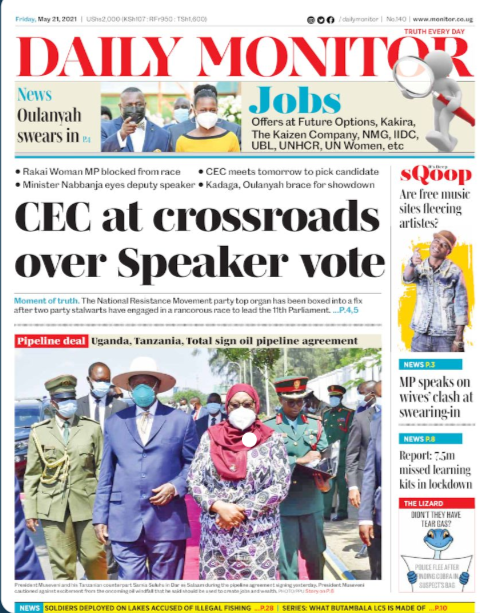 The Swahili publication focuses on the oil pipeline from Uganda that is going to create more jobs and improve relationship between the two countries. 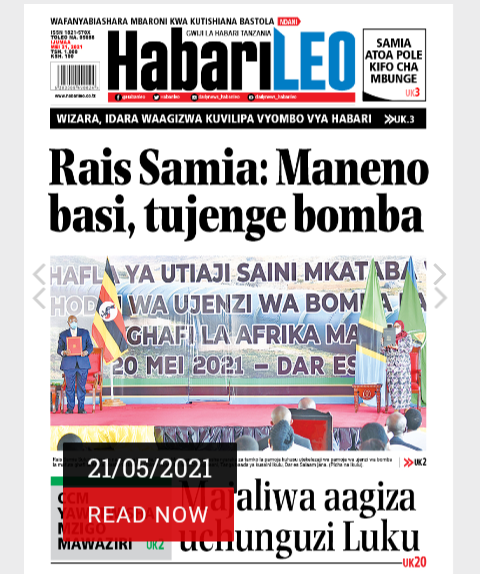 For these and more stories, grab yourself a copy of your choice.