Orange Democratic Movement Party leader Raila Amolo Odinga is a man under sharp focus despite him losing in the recently concluded August ninth general elections to President William Samoei Ruto. Many are wondering whether Raila will have another stab at the presidency while many hold the view that he many eventually exit the stage and groom his successor.

While many are still pondering over Raila's next possible political move, his backyard of Luo Nyanza is silently and gradually drifting away from him, something that could spell doom for his future political grip on the region and Kenya at large. 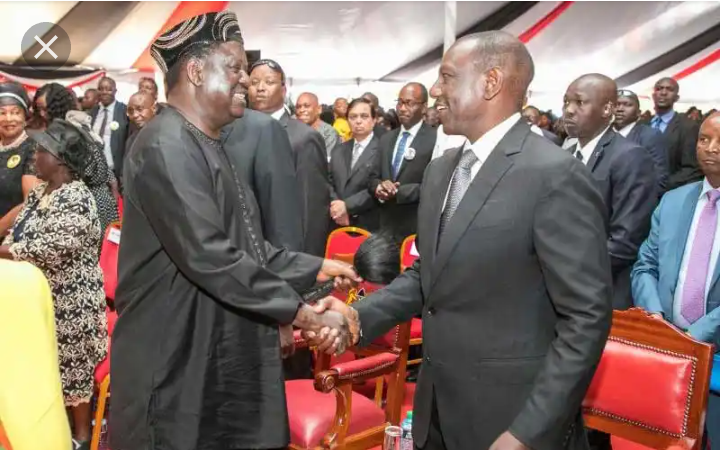 The open rebellion originated from the discontentment over shambolic nominations by Orange Democratic Movement Party in the wake of August ninth and the obvious dominance of the Odinga's in Nyanza for close to three decades now.

Let us take a look at some prominent political players in Luo Nyanza who have openly come out against Raila and have since shifted their allegiance to the opposite political camp.

In Siaya, Raila is now openly facing opposition from Ugenya MP David Ochieng' and former Rarieda MP Nicholas Odero Gumbo, bother of whom have crossed over to Kenya Kwańza side of the political divide.

In Homabay county, Ruto's new confidants who have since ditched Raila are Odoyo Owidi with former Nairobi County Governor Evans Kidero seemingly on his way to the President's fold.

The list is not exhaustively over as numerous leaders across the region have pledged their full commitment to work with President William Samoei Ruto.