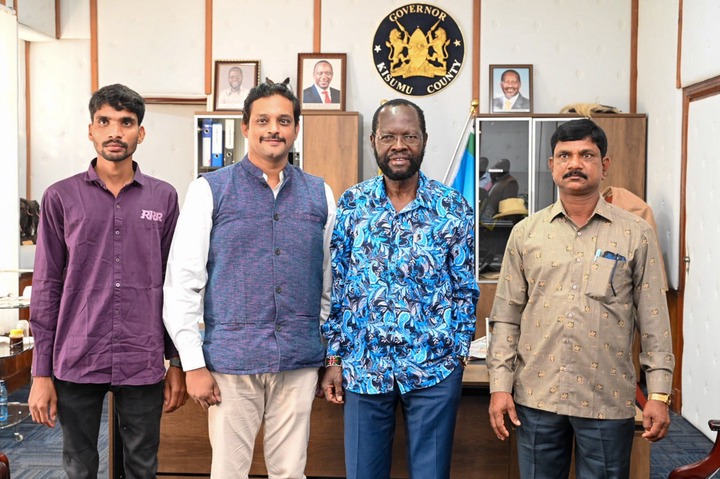 Kenyans on Twitter have reacted to an observation revealed by Kenyans.co.ke of a photo op of Kisumu County Governor Anyang Nyongo and Indian brothers who donated water hyacinth harvester assembled in Kenya.

The media outlet after a thorough investigation of the photo background, found out that President William Ruto’s portrait was missing in the office of the Governor, and on the contrary, Anyang Nyongo’s, former President Uhuru Kenyatta’s and Raila Odinga’s official portraits leaned on the wall. 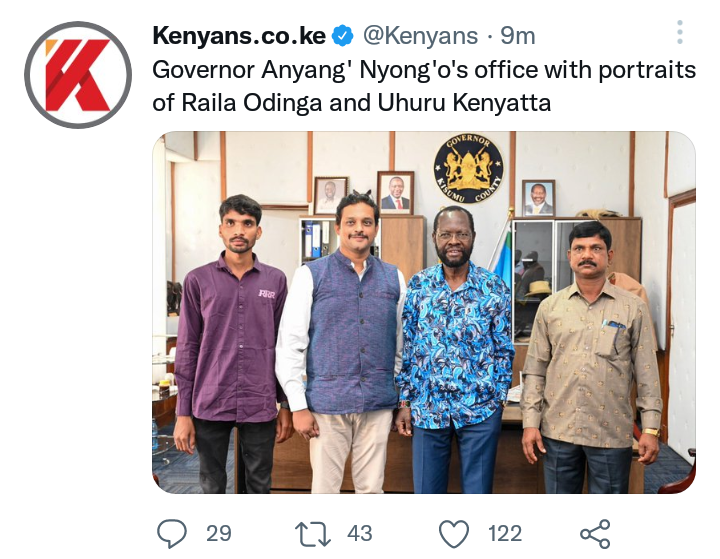 This comes as the Nyanza region are still coming into terms with the fact that their most preferred candidate, Raila Odinga of Azimio lost the election to William Ruto, who despite his win being petitioned, the Apex court declared his victory as legitimate.

Kenyans were amused by the observation from Kenyans.co.ke and below are some of their mixed reactions.

@ShakalaAbu accused the Media of causing unnecessary media chaos all the time when it is of no importance.

@Mwangi89elijah stated that what the office of the Kisumu County Governor has done is disrespect to the constitution.

@AtekangareHon claimed that Governor Nyongo is unprofessional and despite that, William Ruto will remain his boss. 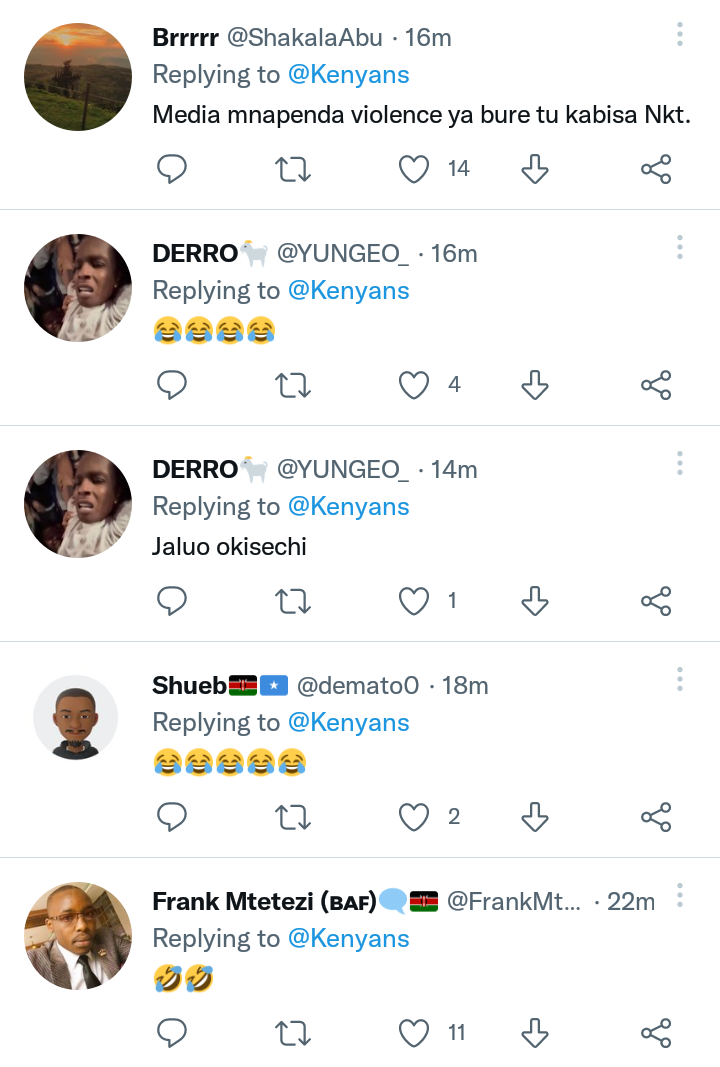 Babu Owino Suggests That President Ruto Should Combine Hustler Fund With The Ksh,6000 From Baba

How To Grow Your Hustler Fund Loan Limit.

RIP: Photos Of A Mother And Her Two Beautiful Daughters Who Died In A Road Accident.