Ruto Finally Comes Out Clean, Reveals What Happened When He Went to State House in 2017 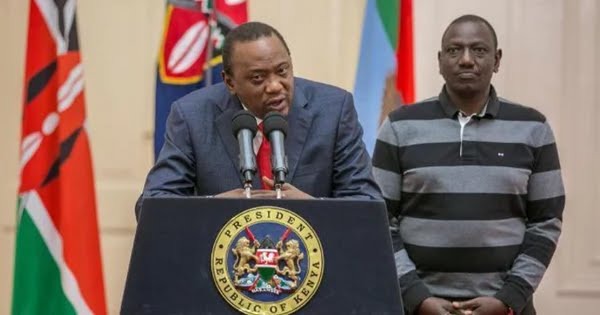 Deputy President William Ruto has discussed a difficult meeting with President Uhuru Kenyatta that nearly went physical.Ruto said that he would have slapped the president if not for their mutual respect.

Ruto was making explanation of the day's events to a group of Kikuyu elders who visited him at his Karen residence on July 1 , which was revealed through a recording that was leaked by Junet Mohamed.

Ruto recalled that after the Supreme Court invalidated the results of the 2017 presidential elections, a saddened Uhuru almost gave up his bid for a second term.

Ruto reported that he met with the President at State House on September 1, 2017, following the Supreme Court judgement ordering rerun elections that were ultimately boycotted by the National Super Alliance (NASA) candidate, Raila Oding

He said that when he arrived at State House, he got President Uhuru Kenyatta doing what he could not tell the elders.

The Kenya Kwanza presidential candidate said that it was his demand that prompted Uhuru to run for reelection in the rerun election.

He added that he pushed President Uhuru Kenyatta,so that he could stop him from ceding power to Raila Odinga.