The Special Mission Ruto Has Given Kang'ata, Which Must be Accomplished on Thursday 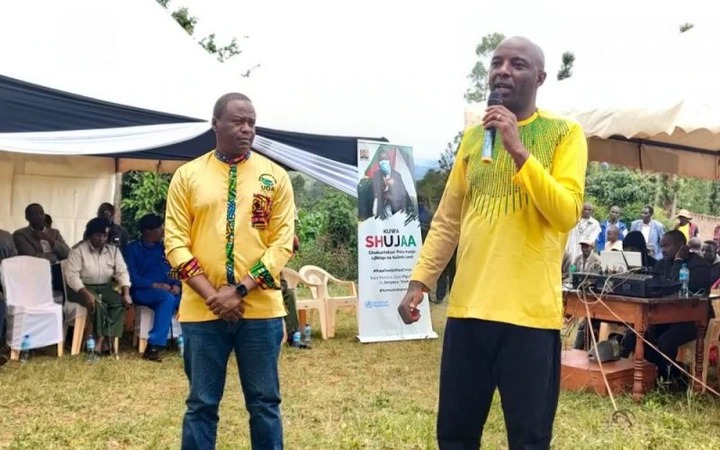 Irungu Kang'ata, the governor of Murang'a, is now claiming to be one of those President William Ruto sent to hand the United Democratic Alliance (UDA) party the Kandara Member of Parliament seat.

Alice Wahome, who previously held the position, resigned after being chosen by the Head of State to lead his government's water and irrigation docket. As a result, the seat became vacant.

On Monday, supporters of Ruto, led by Kang'ata, worked to elect UDA candidate Chege Njuguna. According to the county chief, Ruto sent him to persuade the locals to vote for the UDA candidate.

He claimed that their goal was to prevent UDA from losing the seat to another party as Kandara was elected using the party's ballot. He described Njuguna as a diligent individual who is deserving of the position. 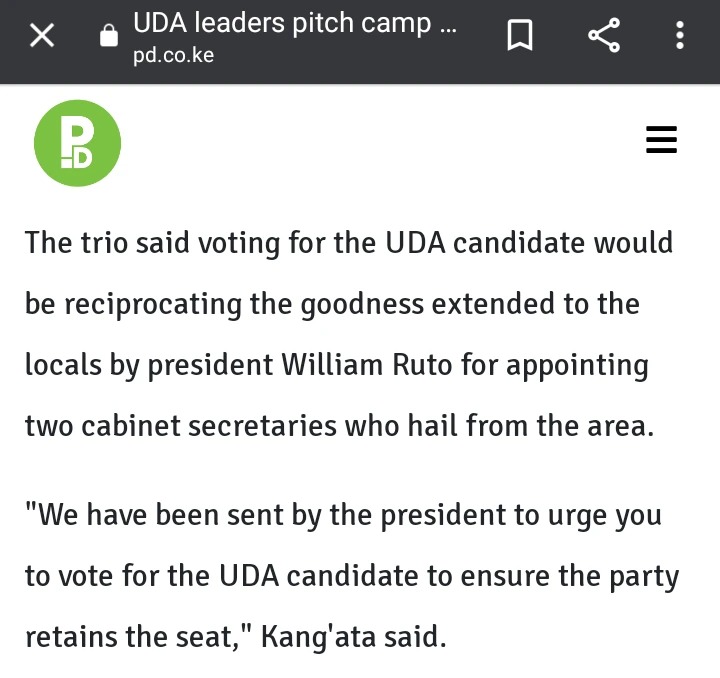 "The president has sent us to ask you to support the UDA candidate so that the party can keep the seat. We implore you to support him so that we can function as a cohesive unit, he stated, as reported by The People Daily.

He was accompanied by a number of other county leaders, including Betty Maina, a local woman representative, and Mary Waithira, a Maragua legislator.