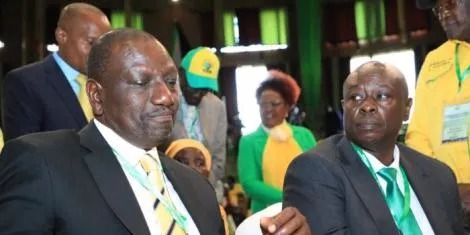 The Director of Communications in the DP's Presidential Campaign team Hussein Mohammed wrote a protest letter to Nation Media Group CEO Stephen Gitagama, He accused the outlet for their biased framing including in Sunday over Ruto's alleged confession about nearly slapping President Uhuru Kenyatta, after accepting for a repeat election.

He termed article as an attempt to divert the attention of Kenyans from the recently launched Kenya Kwanza manifesto.

"The  Sunday Nation headline and story is a continued attempt to move away from reporting on rather revolutionary policies in the Kenya Kwanza coalition manifesto and intensify your biased framing and negative profiling of the Kenya Kwanza campaign," Hussein Mohammed Said.

Mutahi Ngunyi Drops a Shocker For Ruto, Alleges How His Road To State House May End Prematurely

Uhuru Assures Kenyans Of A Peaceful Transition Of Power