"What He Said Yesterday Is Completely A Hogwash," Buyu On DP Ruto' s Denial That He's Campaigning 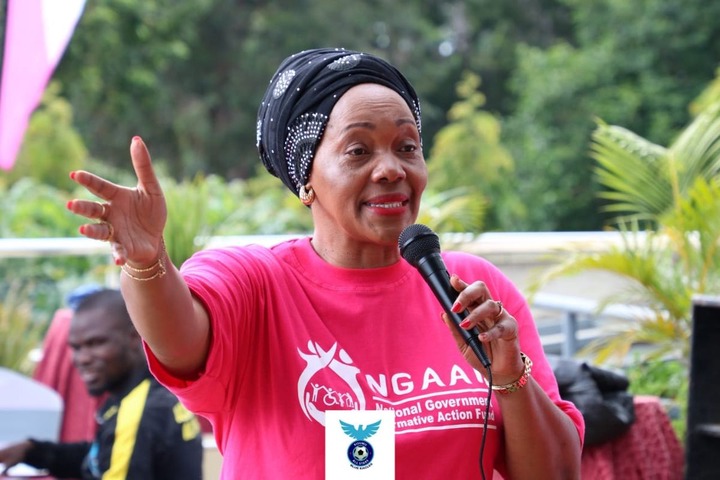 Kisumu Woman Representative Hon Rosa Buyu, has reacted to the Deputy President Dr William Ruto's yesterday statement where the second in command denied that he is currently campaigning for the next year's general elections.

Speaking on an interview with Citizen television, Buyu furiously reacted to Deputy President Dr William Ruto's claim that he is not campaigning but he is going around the country seeking for the public participation, and opening and launching the government projects which are going on across the country.

She argued that the second in command's statement yesterday statement was completely a hogwash, since he is simply showing his dishonesty in everything he is saying and doing as the Deputy President. Because he cannot claim that he is not campaigning while he is going around the country criticising government projects like the Expressway.

"Allow me to laugh first, because even the people who were behind him like Governor Waiguru were laughing because they didn't believe what he was saying. That shows how dishonesty the Deputy President is and he keeps on taking Kenyans for a ride. He said that he has not been campaigning while he has been going round the country criticising government projects like the Expressway, saying that it is a project of the dynaties. What he said yesterday is completely a hogwash." She said.

Malala Reveals his Next Move As he Sends Warning to OKA