Mwangi Wa Iria, Murang'a county has revealed that he plans to physically climb Mt Kenya before the 2022 General Election. 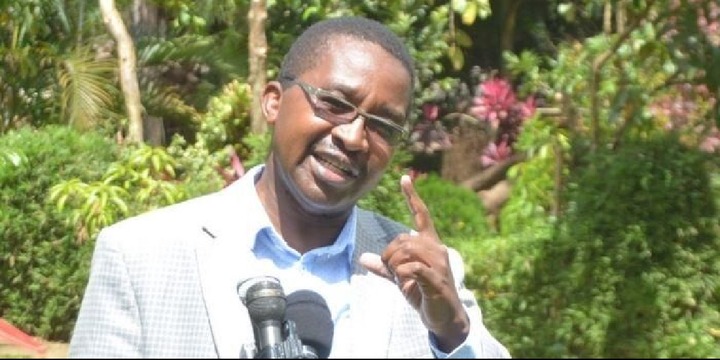 Mwangi showed that he would undertake the symbolic task in December 2021, stating that the move is meant to show the region that he is serious about being their political kingpin.

“I will be the first leader from the Gema community to climb the sacred Mt Kenya before starting my campaigns which will be totally different from others," the governor stated.

He later added that he was determined to offer his services to the community, expressing that he plans to foster unity among leaders in the region.

“I am determined to follow in the footsteps of the nationalists who trekked up the mountain that has a lot of significance in the Gema community that settled between Ngong Hills, Garba Tulla, and Nyandarua forests," he added.

Further, Mwangi noted that his actions would boost his political ambitions, stating that the mountain holds political significance to the region.

Upon reaching the mountain top, the outgoing governor also intends to hoist his party's flag next to the Kenyan flag, which was hoisted in 1963 by liberation hero identified as Kisoi Munyao.

Community leaders from the county led by Kiama Kia Ma chairperson, Kiarie Rugami, have backed his intentions, noting the governor will become the first leader from the region to climb the 'sacred mountain'.

“The mountain has a lot of significance in the Gema community as well as those others marking the boundaries of the region that extend to Ngong, Garba Tulla, Aberdare, and Kilimambogo,” Rugami stated.