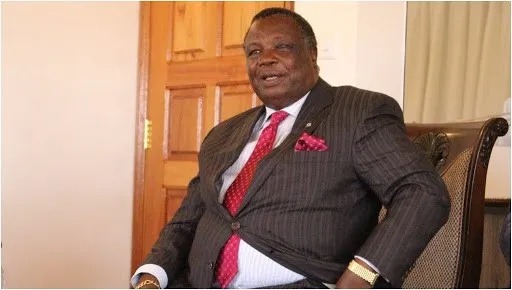 Now, today, Atwoli has found himself on a tight corner. This came in after a Tangatanga Mp, hon Rigathi Gachagua reffered him to DCI telling them to arrest Atwoli over his recent statement on Dp Ruto's presidential bid where he had said that Ruto will not be in the ballot come 2022. According to Gachagua, this statement by Dr Atwoli should not be ignored and thus DCI should shift in to investigate him. 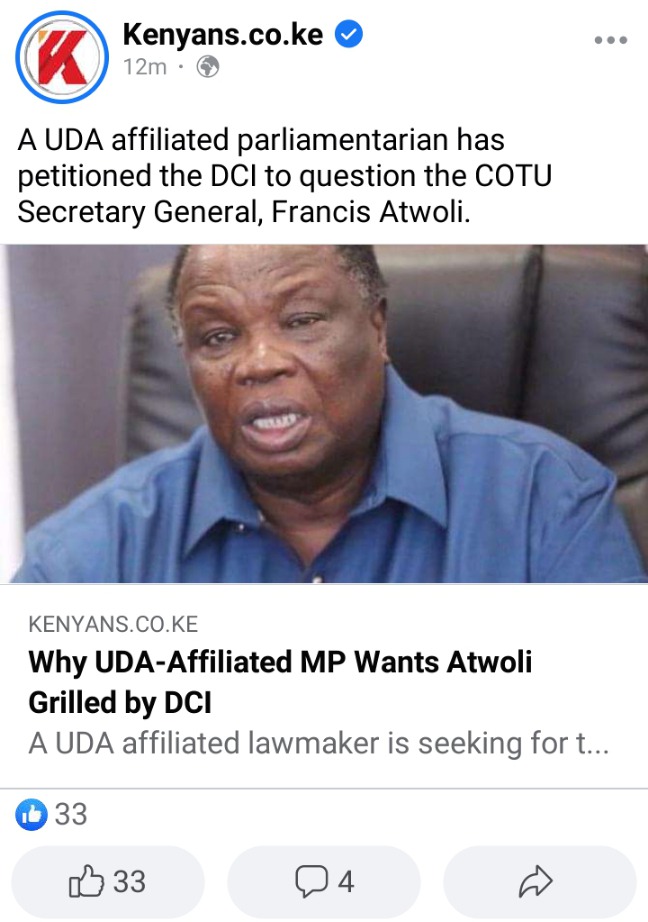 "Speaking to a local media house on Thursday, October 21, during a morning breakfast show, Mathira Member of Parliament, Rigathi Gachagua, called on the DCI under the leadership of Kinoti to summon the COTU boss over his persistent sentiments on the Deputy President's State House ambition.The legislator stated that remarks made by the trade unionist claiming that Deputy President William Ruto will not be on the ballot in the 2022 polls are critical and call for urgent investigations." Said The Kenyans.co.ke.