An opinion poll conducted and released by Mizani Africa today has shown that the late Wesley Kogo who recently perished in a road accident along Nakuru- Nairobi Highway would have been elected Nandi Hills Constituency Member of Parliament come August 9th General Elections. 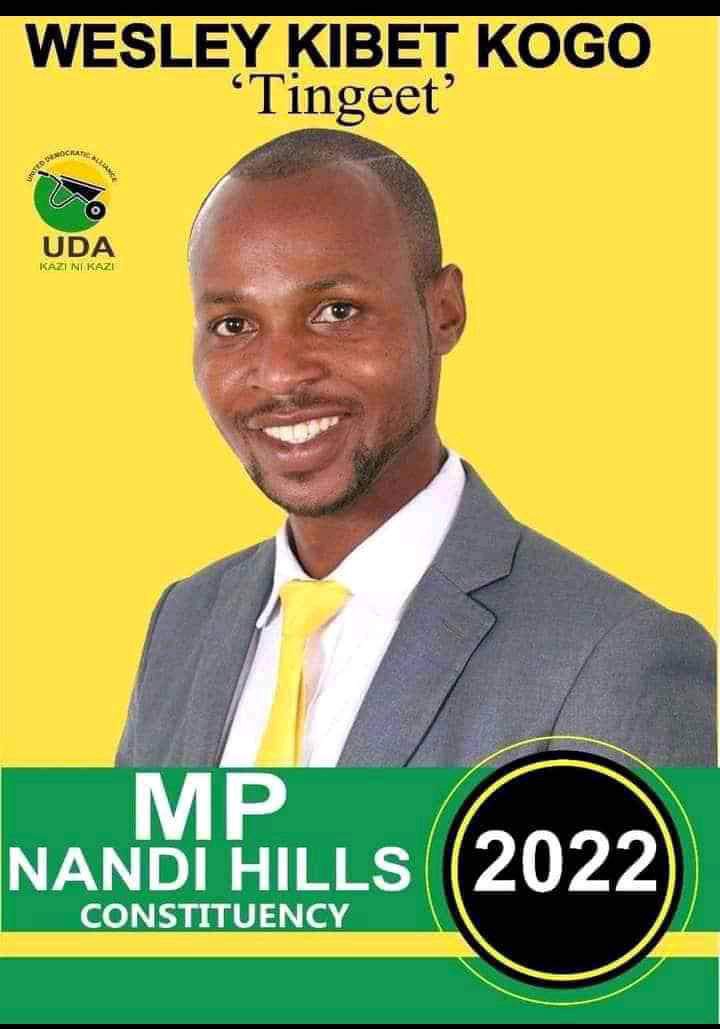 Kogo who sustained deep cuts on the head died on April 7th following the accident that occurred around 5.30 am. He was vying for the Nandi hills MP seat on Deputy President William Samoei Ruto’s United Democratic Alliance Party (UDA). 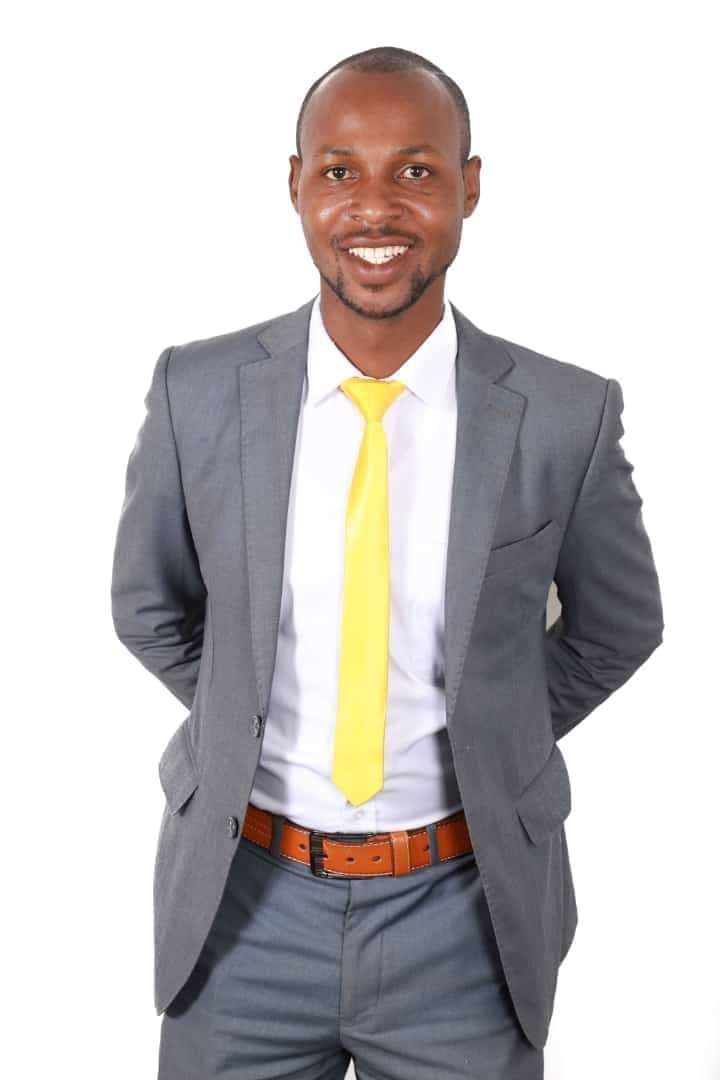 In the opinion poll, Kogo defeated the Incumbent Member of Parliament Hon Alfred Keter after he was supported by 48.5 per cent of the respondents during the poll. He was followed by MP Alfred Keter who only managed to secure the support of 27.3 per cent. 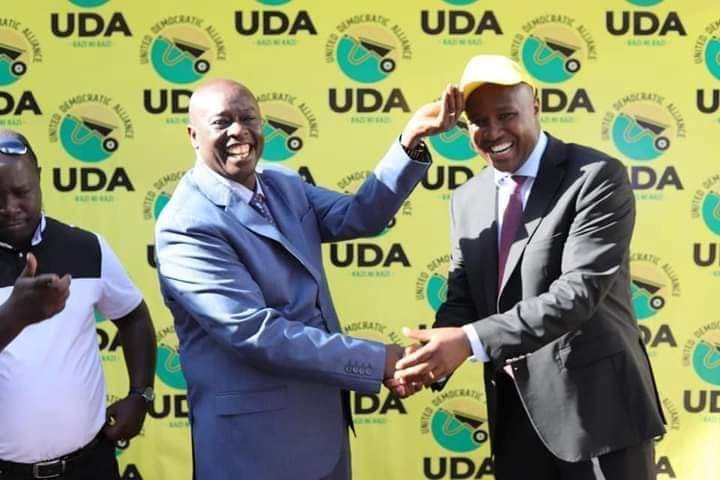 Keter recently joined DP Ruto's UDA Party after being at loggerheads with the second in command for over four years.

Below is the summary of the released results of the survey. 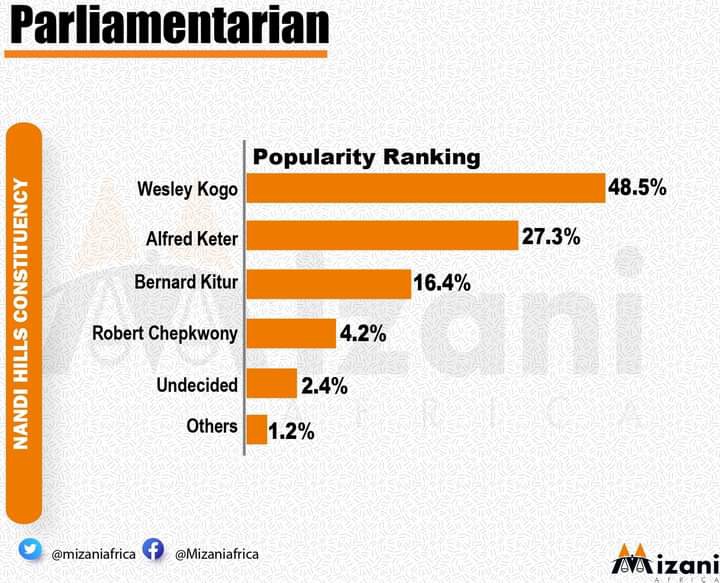 Follow the link below for more information on the Nandi County voter preference of the various Constituencies in the survey conducted by Mizani Africa. 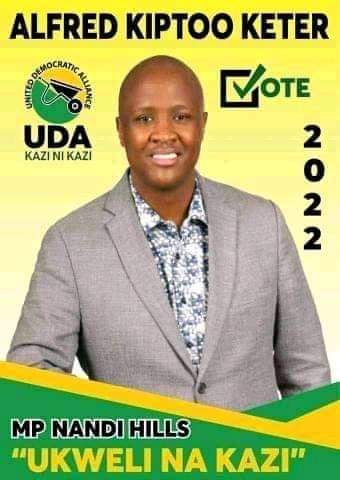