Deputy President William Ruto faces another hurdle in his bid to succeed President Uhuru Kenyatta after city voters moved to court to block him from taking a stab at the August 9 general elections.

Three electorates from Raila Odinga's backyard Kisumu have filed a lawsuit at the Kisumu High Court and asked the Court to bar the second in command from contesting in the upcoming polls.

According to the electorates, the office of the President and that of the Deputy President should be declared inseparable and holders should be serving for two terms. 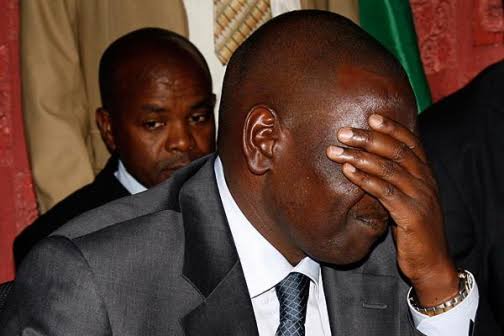 They now want Deputy President William Ruto to retire with President Uhuru Kenyatta when the Head of state's term in office comes to an end later in August.

Cornel Onyango, Peter Alaro and Ali Otula argued that the court ought to deem it mandatory that the top two political leaders should retire after only two terms.

"We went to court to seek clarification on certain articles of law. Since Kenya is a Constitutional state, where we must conduct ourselves within the dictates of the law, we have discovered there are so many things that have been taking place in this Republic, which are not consistent with the law," the voters stated.