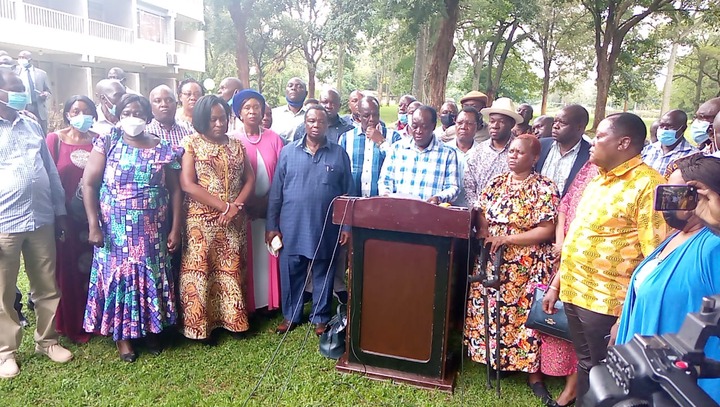 Few days ago, four governors, and other elected leaders from Western settled on COTU Secretary General Francis Atwoli as their negotiator towards the formation of the next government.

The leaders who spoke from Golf Hotel in Kakamega stated that they will be engaging with the presidential aspirants allied to the handshake, a move that was considered to leave out Deputy President William Ruto.

Their move to install Atwoli as the spokesperson in the negotiating table elicited mixed reactions across the political space with allies of ANC party leader Musalia Mudavadi led by Senator Cleophas Malala stating that he is the community's spokesperson, since he is a presidential candidate.

As quoted by the Star, Atwoli claimed that the step was not made to alienate anyone, and that a political leader cannot be forced to take a certain route.

"The meeting was not meant to alienate anyone from the community. It was meant to be all-inclusive for the willing. Because of our understanding of our community, you cannot force people in a certain direction," said Atwoli.