By Veronika (self media writer) | 5 months ago 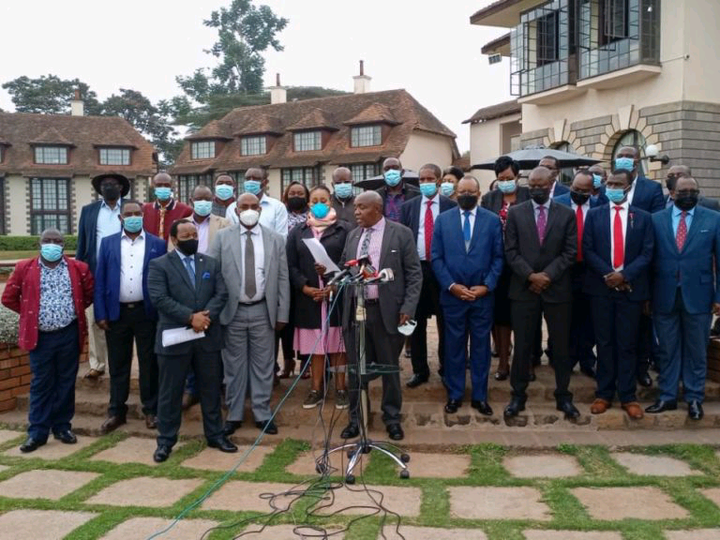 A group of Jubilee MPs is now calling for a total reorganization of the party's leadership in order to revitalize the party ahead of the 2022 national elections.

The leaders spoke to the media yesterday after a brainstorming workshop, saying that the incumbent party leaders must be replaced with fresh, youthful, and lively leaders who will lead a vigorous grassroots movement.

The leaders, who include MPs and MCAs from Central Kenya, have said that they are cleaning up Jubilee House, a process that would result in significant changes to the party's top leadership.

The Central Kenya Jubilee Caucus MPs also resolved that the party conduct a grassroots mobilization exercise in the counties of Nyeri, Murangá, Kirinyaga, Nakuru, Nyandarua, Laikipia, and Kiambu, and that party offices be established in all seven counties immediately.

They also agreed to appoint Coordinators to cover each ward and constituency in the seven counties in order to coordinate party activities.

Kega stated that they will do everything possible to remove the leaders accountable for the party's bad performance.

“We want to emphasize that the Jubilee Party's top objective is to strengthen, revitalize, and rebrand itself and its structures. This will assist the Party Leader in forming winning alliances with other like-minded parties and party leaders in order to win the general elections in 2022,” said the Kieni MP.

“In this sense, we have agreed to clean up our grassroots party leadership by replacing those who have betrayed the course and abandoned ship with others loyal to the party and the party leaders,” Kega said, without naming the individuals who would be replaced.

Sabina Chege, a Murang'a Woman Representative, stated that the new crop of leaders will be crucial in acting as a conduit between the party and its disgruntled members.

“We are elected leaders, and we cannot wait for individuals in positions of power to make choices on our behalf; but, when I go to the ground, it is they who take the brunt of the abuse. So, we're taking responsibility, we're not going to wait for anyone, and we're not going to sit by and watch our party die,” she explained.

The Caucus stated that they could no longer overlook recent events within the party, claiming that it had lost its vigor, particularly after losing recent by-elections in an area where it had previously enjoyed unrivaled support.

The cleanup will begin at the grassroots level, according to the Kiambu Town MP, with individuals who have betrayed the cause being weeded out.

“Following the Kiambaa by-election, we took time to engage with party members and supporters at the grassroots to learn about their perspectives on the party's future direction,” he said.

By August 30, 2022, the cleaning operation, which largely focuses on its local structures, will be completed.

The caucus believes that the “fresh, dynamic, youthful, and persuasive” leaders will be critical in holding mobilization sessions in central Kenya, where the party's popularity has dwindled in recent months.

The party is currently up against the United Democratic Movement (UDA), which is led by Deputy President William Ruto.

Even in its ostensibly strongholds, the party has recently lost by-elections, the most recent being in Kiambaa Constituency in mid-July.

On Tuesday, the Jubilee Party's top organ approved a pre-coalition deal with the ODM Party, which will see both parties field a combined presidential candidate.

The NMC granted permission to the party secretariat to formally engage with the ODM party in drawing a framework agreement on a pre-election coalition agreement following various high-level consultations within the Jubilee Party that culminated in a joint NMC and Parliamentary leadership meeting,” Tuju said.

The development is part of President Kenyatta's March 2018 handshake with Odinga, whom he favors to succeed him.

Tuju stated that the party will write to its coalition allies KANU and Wiper Party, with whom they have signed a memorandum of understanding, to request their participation in the matter.

“The SG was permitted to notify the two parties of this decision, as well as the JP's policy of keeping the doors open for discussions founded on the spirit of forging national cohesion within a setting of mutual respect in our diversity,” he stated. 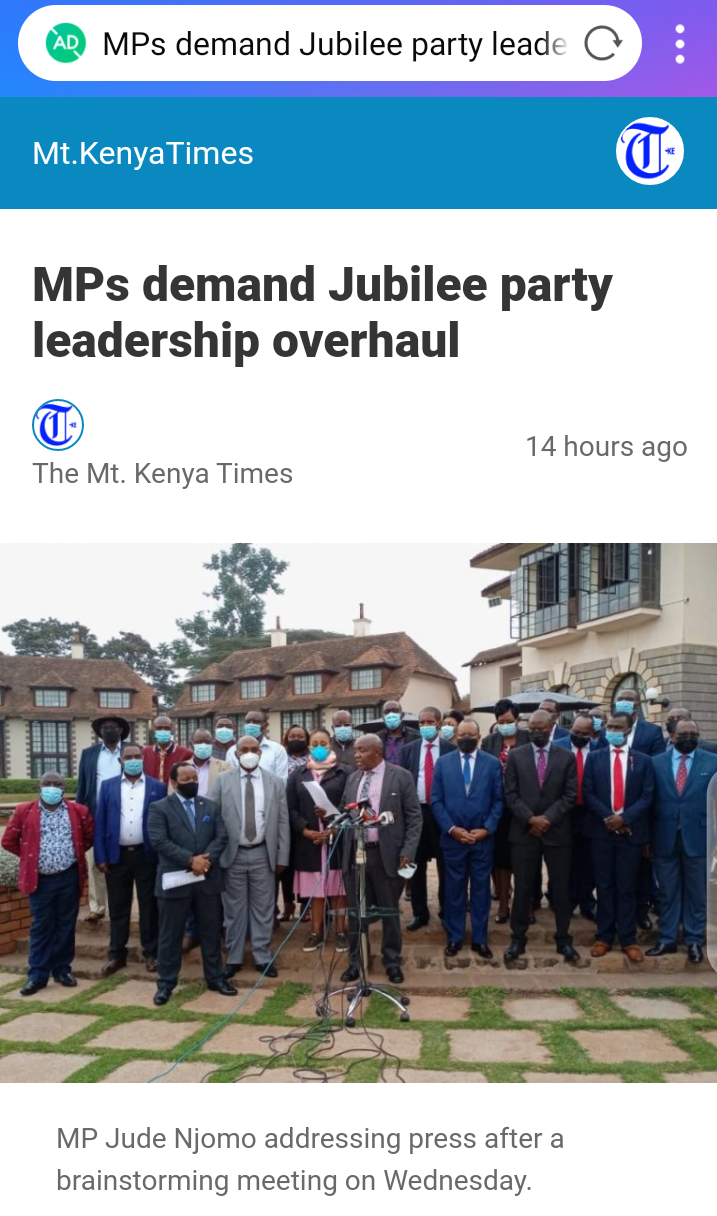