List Of Politicians Blamed For Cheating Kalonzo To Leave Azimio 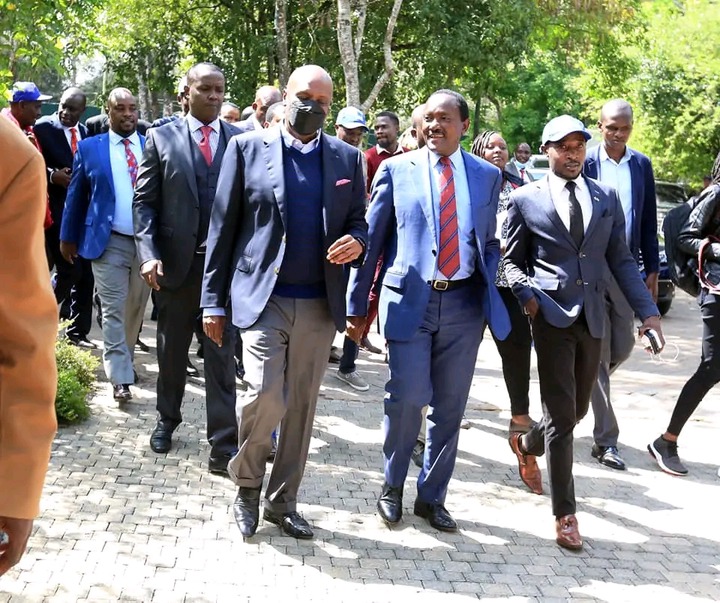 After Raila Odinga's presidential secretariat accused a segment of lawmakers of misadvising Wiper leader Kalonzo Musyoka, a blame game ensued in the Azimio La Umoja One Kenya Coalition. Raila Odinga's presidential secretariat spokesman, Makau Mutua, accused Makueni Senator Mutula Kilonzo Jr., as well as MPs Dan Maanzo of Makueni and Enoch Wambua of Kitui, of deceiving Kalonzo in the Azimio agreement. Mutua said that what Raila had offered Kalonzo in the bargain was sufficient, and that the three legislators were out to sabotage Azimio's gains. Mutula, on the other hand, disagreed with Makau, claiming that Azimio was acting in secret and had no good intentions for Kalonzo. This did not deter Mutua, who went on to assert that the three conspired to bring Kalonzo's political career to an end. Before committing to back Raila's presidential run, Mutula had been pressing for Kalonzo's demands to be met. Raila's camp demanded that Raila's offer of Chief Minister be documented, as well as a 30% interest in the administration. 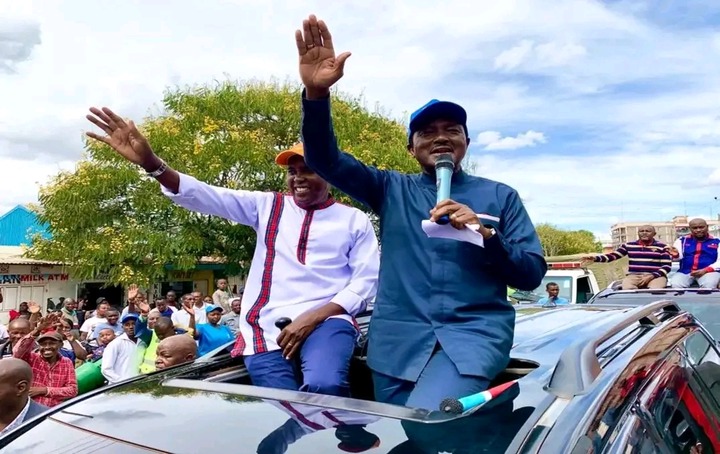 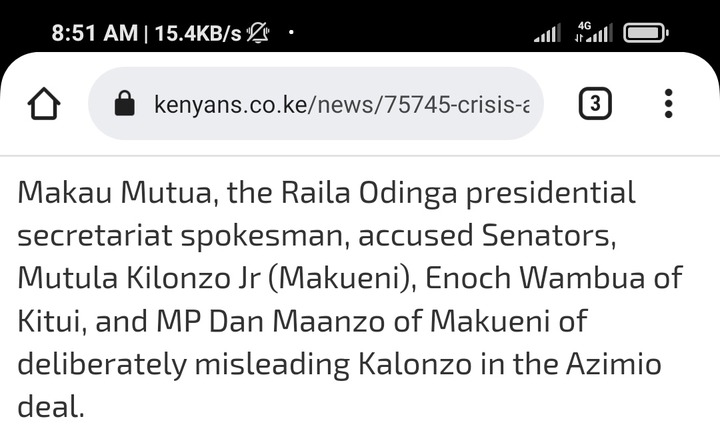