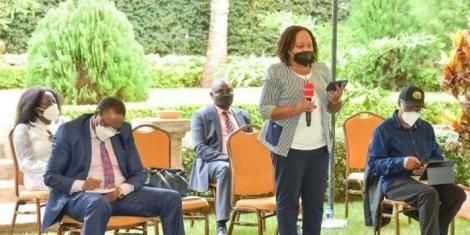 The unlikely meeting between Interior PS Kibicho, Kirinyaga Governor Anne Waiguru, Narc leader Martha Karua and businesswoman Ngirici Yesterday in Kutus town, Kirinyaga County left many people with suspense. The meeting was held in preparations for Mashujaa Day Celebrations which are set to be held in the County. 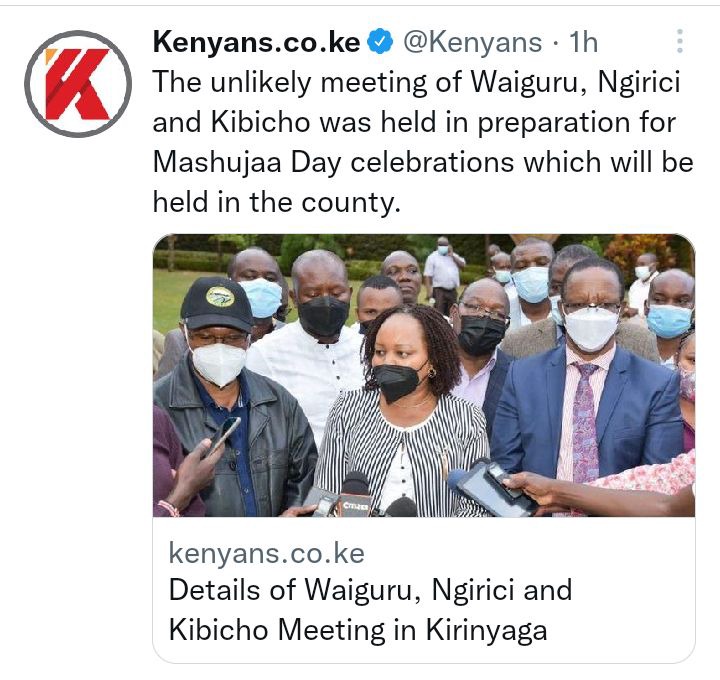 Kibicho disclosed that they discussed among other things, development and unity of the County. He also revealed that present leaders vowed to have a healthy during the 2022 general elections as they eye the gubernatorial position. "We have drawn a wish list as the President will be coming here and we vowed to have uphold peace before and after Mashujaa celebrations" PS Kibicho said.

Governor Waiguru noted that the meeting was very productive taking into consideration that it joined fellow Kirinyaga leaders and business community in the discussion aimed for development. She emphasized that matters affecting Kirinyaga residents were the main focus during the meeting.

On her side, Ngirici voiced the importance of having unity among leaders despite their differences. "This meeting was about the development and unity of Kirinyaga considering that all leaders have come together, something we should be doing even when we are not hosting the President" Martha Karua stated.

Other leaders who attended the meeting included Kirinyaga Senator, Charles Kibiru and and Kerugoya Ward MCA, James Kamau. Anne Waiguru is seeking to defend the gubernatorial position in 2022 general elections while Karua and Ngirici are eyeing the same. Interior PS Kibicho has not yet declared interest for any seat in the County but rumours say he is eyeing the same position. 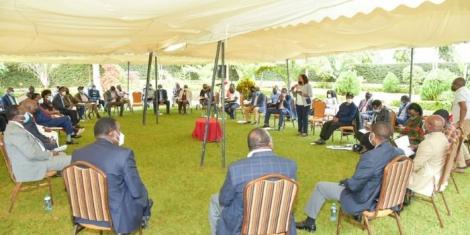 The Meeting Held In Kutus, Kirinyaga On September 14