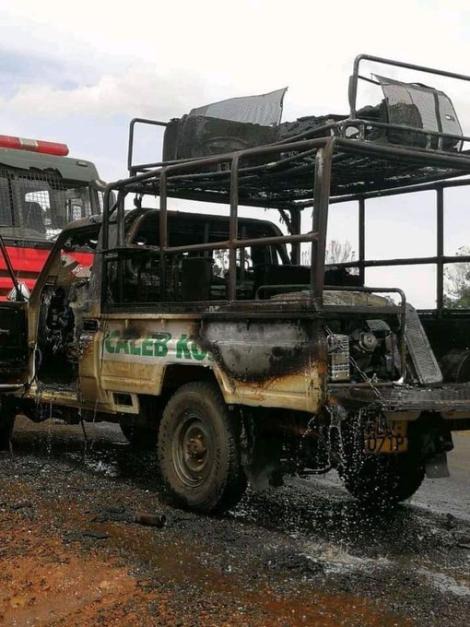 Soy Member of Parliament, Caleb Kositany, has responded to a video that has been doing rounds on social media showing one of his campaign cars on fire.

In a statement on Saturday, January 22, the legislator, who is a close ally of Deputy President (DP) William Ruto, explained that the fire was caused by a faulty generator.

Further, he revealed that no one was harmed during the incident which had many people speculating that his political opponents had torched his car.

He also thanked the Uasin Gishu County fire department for their swift response and helping in putting out the fire.

"My public address vehicle caught fire today, due to a faulty generator. Everybody is safe, thanks to the Eldoret airport fire brigade and Uasin Gishu County fire department. We thank God," Kositany noted.

In March 2021, the Soy MP was removed as the Deputy Secretary-General of Jubilee following a meeting but the party’s National Management Committee (NMC).

A statement by the party signed by Secretary-General Raphael Tuju revealed his place would be taken up by Cherangany MP Joshua Kuttuny.

Political pundits interpreted the move as a purge against Ruto's allies after the DP fell out with the leadership of the party. 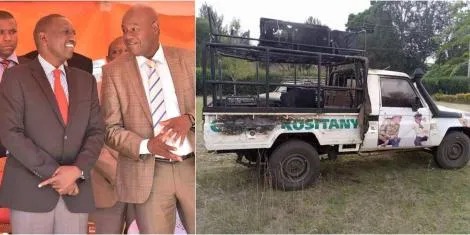 Reacting to the news of his removal, the legislator said it was a matter of when he would be kicked out, not if. He also took a swipe at the Jubilee leadership and stated that he will continue to speak his mind.

“It was a matter of when not if, I just wonder what took them so long? Part of the Jubilee leadership is allergic to the truth, but I will keep speaking my mind," he stated.