What is Happening? Confusion as Raila is Spotted Riding in a GK Car, ODM Blogger Alai Explains Why

By RTCUpdates (self media writer) | 9 months ago

Confusion has rocked the internet after Former Prime Minister Raila Odinga was spotted riding in a car with a GK plate during his Migori County tour. 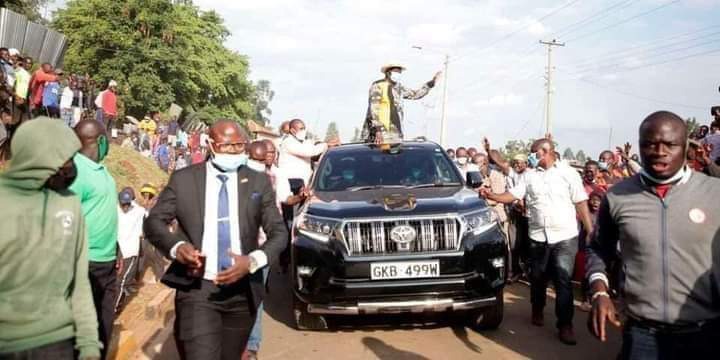 ODM blogger Robert Alai has reacted to the incident explaining why the Former Premier had to ride in a car with a GK car.

In his remarks, Alai has explained that Raila is the official opposition adding that opposition leaders of PAC, PIC and house teams including house minority leaders have GK vehicles and escorts.

Alai has added that people get used to Raila using his own resources that when he uses a government resource, they think he shouldn't.

The remarks by Alau have sparked a series of mixed reactions from Kenyans who have stormed his timeline to pen various thoughts including;

4 Things You Must Do if You Want to be Married

Is Nandy pregnant? Nandy hints on her wedding with Bill Nas.

Angry Junet Mohammed Calls For The Arrest Of Senator Malala.