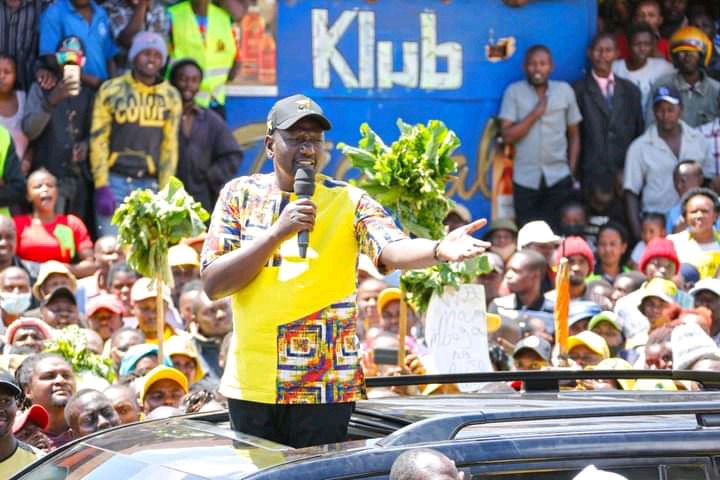 Details have now emerged on where Deputy President William Ruto has been as the country awaits announcement on the next President.

Ruto has been off the public eye since Tuesday, after casting his own ballot, with the same being the case with his opponent Raila Odinga of Azimio La Umoja.

It has emerged that the Kenya Kwanza leader has been holed up in his Nairobi residence, as he follows up on the results that have since began trickling in.

Raila, The Standard has established, has also been following up from his Karen house, and, just like Ruto, receiving briefings from allies about the vote tallying.

Azimio La Umoja Executive Director Raphael Tuju told the paper that they are sure that Raila will end up with the win, after the effort they have invested. 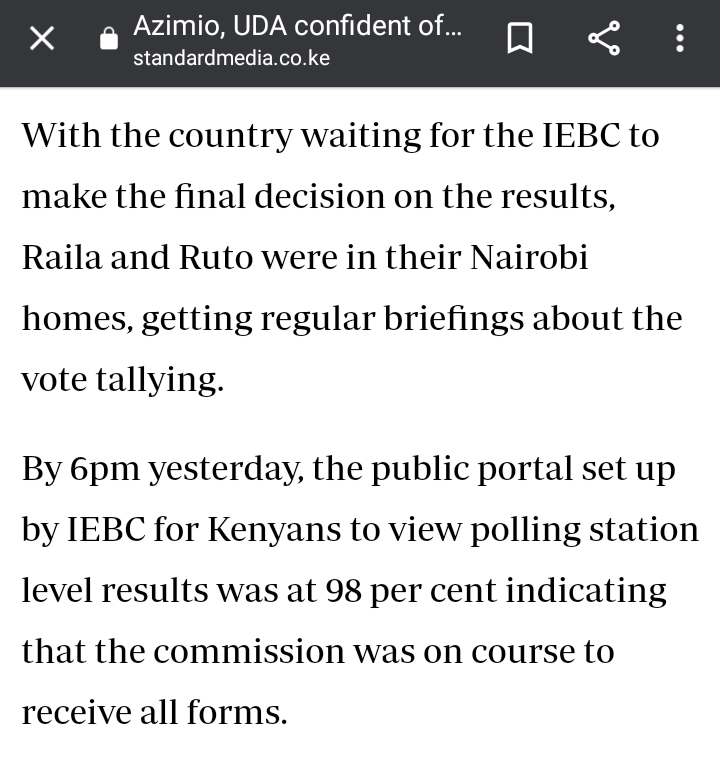 “This is not the first time we are holding a presidential election so we are not going to act like our competitors who are excited and trying to manipulate this exercise by announcing results prematurely,” the former Cabinet Secretary Without Portfolio said.

He confirmed that they too have their own parallel tallying center, whose job is to confirm if what's being posted by the IEBC is the real thing.

But he suggested that they may not release their findings until after IEBC releases its results.

“We have done our work and the rest is now up to IEBC. From our figures, we are confident that Raila will win but we will wait for official confirmation from the commission because we respect institutions,” he is further quoted.