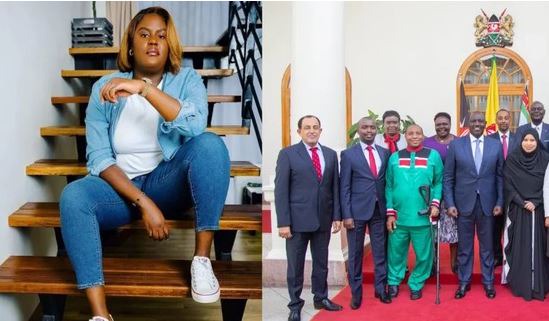 Winnie sparked sharp reactions after she failed to attend the Tuesday meeting, which triggered a section of the Kenya Kwanza MPs to initiate debates about recalling her.

However, it has been established that Winnie sent an apology to the President after she realized it was not possible for her to attend the meeting. 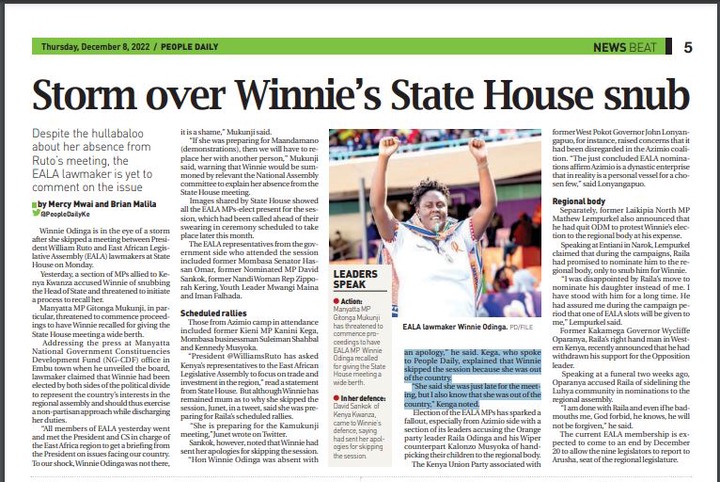 David Sankok who was one of those who attended the meeting confirmed that Winnie had sent her apologies for skipping the session. “Hon Winnie Odinga was absent with an apology,” he said.

Kanini Kega, who spoke to People Daily after attending the same meeting explained that Winnie skipped the session because she was out of the country.

“She said she was just late for the meeting, but I also know that she was out of the country,” Kenga noted.