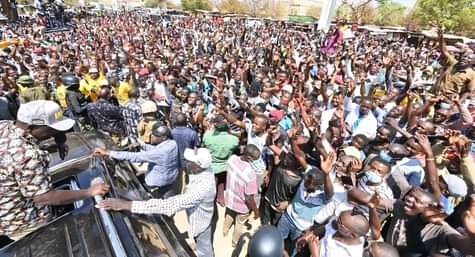 Presidential campaigns takes new tweets every now and then with new candidates joining the race while others supports the most powerful candidate so as to emerge victorious. In Kenya, next year's election is seen as a two horse race with William Rugo on one side and Rails Odinga on the other side. However, it's clear that there is a third force coming in, that is, the force from the unity of one Kenya alliance led by Musalia Mudavadi, Kalonzo Musyoka, Moses Wetangula and Gideon Moi.

Musalia Mudavadi who is Keen on taking over the OKA ticket to vie for presidency have been under pressure to forgo his presidential bis in support of ODM leader Raila Amollo Odinga. The former vice president and deputy president is seen to have influence in Western and some parts of the central, coast which Raila Might need in order to win over William Ruto. Some close sources as seen by Tuko and the standards indicates that Musalia Mudavadi receives pressure from Uhuru Kenyatta the head of state who is Keen of blocking William Ruto's presidency. 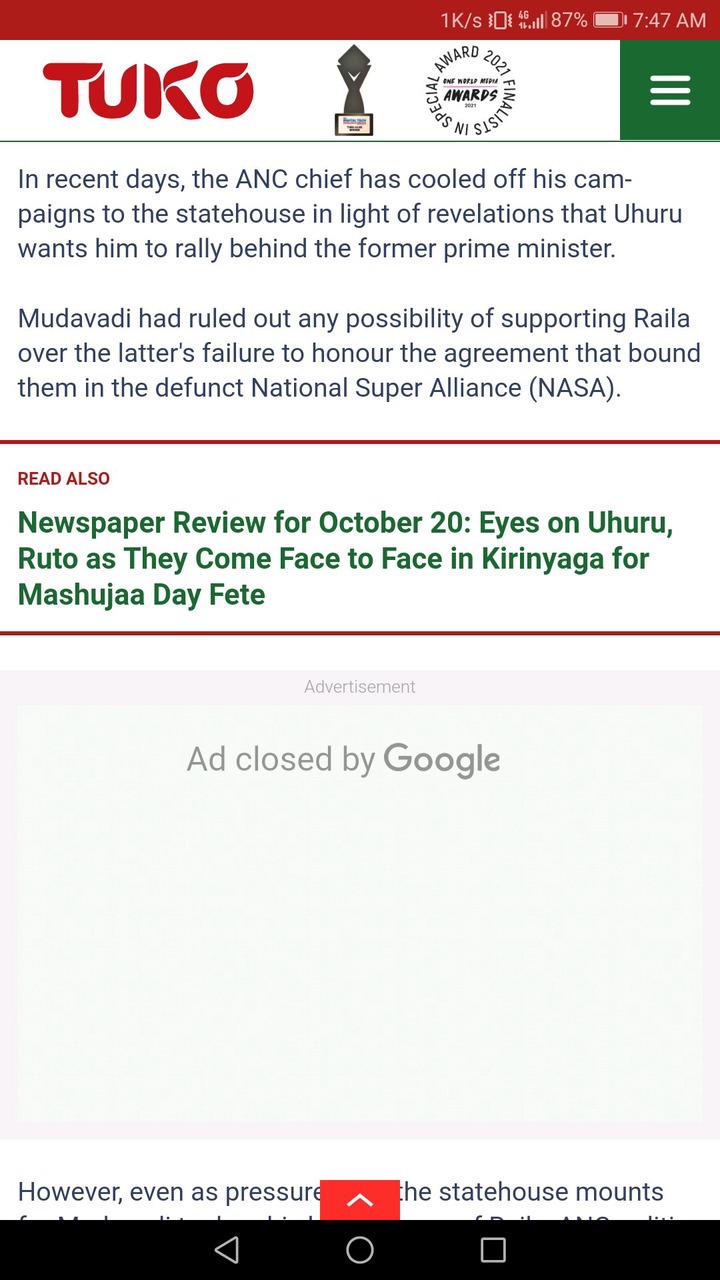 However Musalia Mudavadi has shown reluctancy on the issue, where Mudavadi have rulled out any possibility of working with Raila Odinga and his associates. This can be a blow to Raila Odinga. 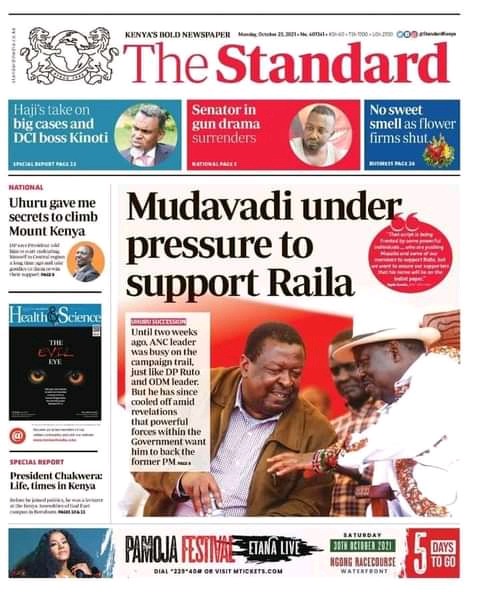