Former Machakos Senator Hon Johnson Muthama was at the subject of receiving shame, disgrace and humilition after a group of Makueni residents constantly tried to interrupt his speech During DP Ruto's Trip to the Ukambani region.

According to the viral video clip seen by this writer, hell broke loose when the UDA Party leader tried to imply that Hon Kalonzo Muskoka doesn't deserve to be the region's Kingpin after claiming that he has been moving and down, adding that such movements can only be likened to a person who doesn't understand what leadership is. 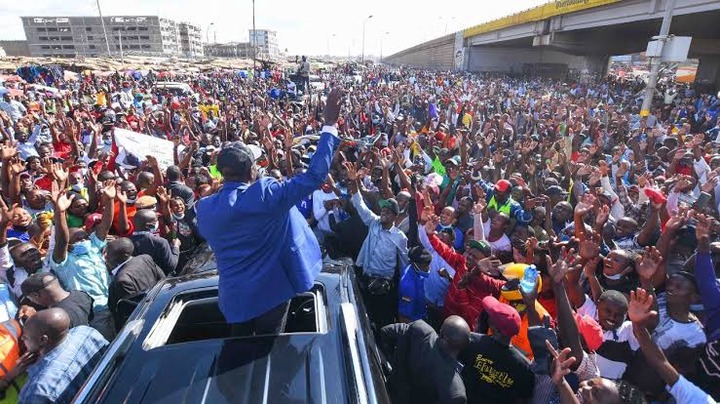 Muthama went ahead to claim that it was indeed sad that some people like Kalonzo have completely decided to sell their region to tribal politics after claiming that the leader has been disturbing President Uhuru Kenyatta to endorse him, even without proper planning on how he will eradicate the ongoing economic crisis in the region.

By this didn't sear well with emali residents who have come out guns blazing to attack the former Wiper Party leader and accused him of using the back door to sell DP Ruto to the region. In the same video clip, residents are heard (in Kikamba) language ordering the leader to sit down and give other leaders a chance to speak their voice.

But responding to the attempts by the residents (Kalonzo's perceived supporters), Johnson Muthama has claimed that senior leaders are now misusing the innocent and jobless youths to disrupt rallies. He has also termed the attempts to disrespect the second in command as an indication that some people (Kalonzo) haven't matured in Politics.

"Please, I'm requesting to be given a chance to speak. If you think you came here to bar me from speaking, it's either Mnyamaze au muondoke kabisa. We don't tolerate such things please," Muthama said.