ODM Ally Vowed To Boycott Elections If This Happen.

By RobertAuko.news (self media writer) | 1 month ago 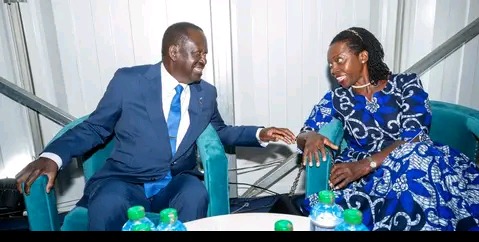 Sen. Ledama Le Kina of the DM has vowed to boycott elections in his country, according to his most recent social media update, after raising concerns about those in charge of overseeing them. His remarks provoked a wide range of responses on social media, many of which included fury.

He made his remarks just days after the regional governor, who had held that position for the preceding ten years, began his campaign for senator.

William Samoei Ruto welcomed and introduced him as a senate contender in the future elections when he joined the United Democratic Party (UDA).The Narok nation, according to Le Kina, has not been given permission to organize elections while other regions of the country have allowed other tribes and groups to do so.

Elections won't take place if he doesn't voice his worries about the situation, as he has learned to do.

Content created and supplied by: RobertAuko.news (via Opera News )