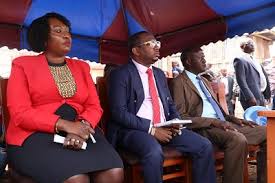 Appellant Court rules that Sonko has been out of office for over 10 months and is no longer Nairobi Governor, paves way for Ann Kananu to be sworn in. 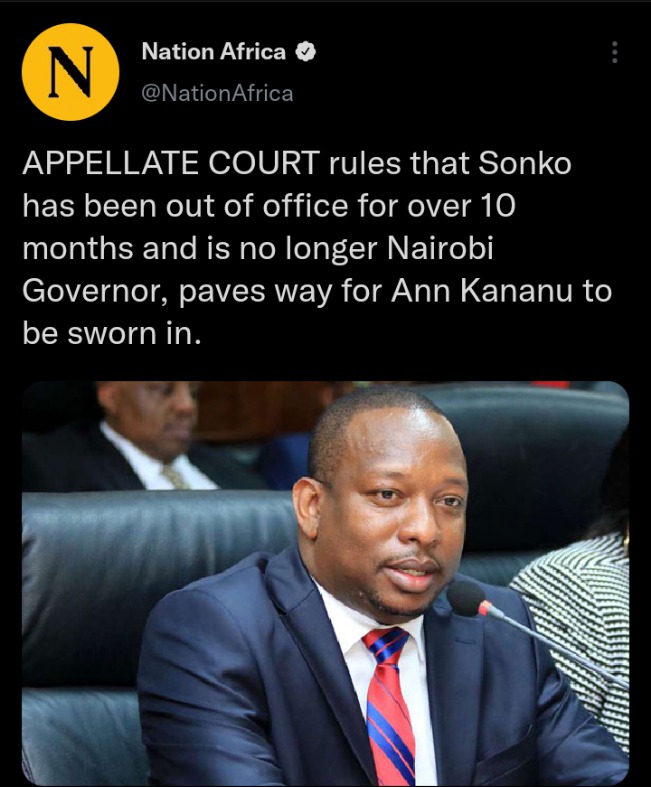 The court of Appeal had earlier stopped the swearing in of Deputy Governor of Nairobi County. This was followed be an appeal by her former boss, Mike Sonko, who challenged a High Court decision that dismissed his claim for reinstatement to office.

Thia was after Mike Sonko was impeached by the Kenya's Senate who voted overwhelmingly to kick him out of the office.

Sonko was voted out after he was alleged to have had abuse of office. He was reported to have degraded the character of other people in Nairobi county through allegations against them. It was also reported to have been consuming alcohol in office conducting official engagement while drunk thus demeaning the office of the Nairobi city.

According to the Kenyan Constitution, the office of the county governor shall become vacant if the holder of the office--

2. resigns, in writing, addressed to the speaker of the county assembly;

3. ceases to be eligible to be elected county governor under Article 180(2);

4. is convicted of an offence punishable by imprisonment for at least twelve months; or

5. removed from office under this Constitution.