Those Thinking Kisii Will Vote For Raila Get Their Answer, Told Who Will Get The Vote

By Curtis-Otieno (self media writer) | 3 days ago 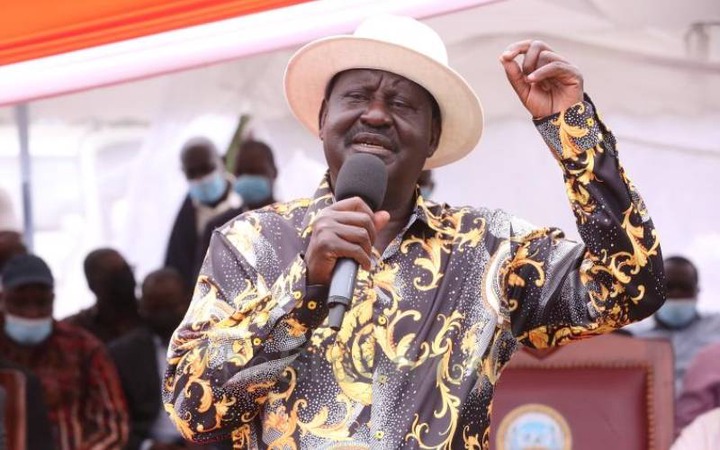 The Gusii region is Deputy President William Ruto's for the taking, his allies from the region now claim, as the presidential contest of next year's polls speeds in.

The region is among the ones the DP has been eyeing as he seeks to better his winning chances, even as it appears as one of the strongholds of his leading opponent, ODM party leader Raila Odinga.

But the Coordinator of his (Ruto) UDA party in entire region Japheth Nyakundi says that the people of Gusii have settled on Ruto and are willing to help him secure the top seat and succeed Uhuru Kenyatta.

He has said that it is for this reason that they are working around the clock to see to it that they shepherd all the available votes into the DP's ballot and maximize on the support he has there. 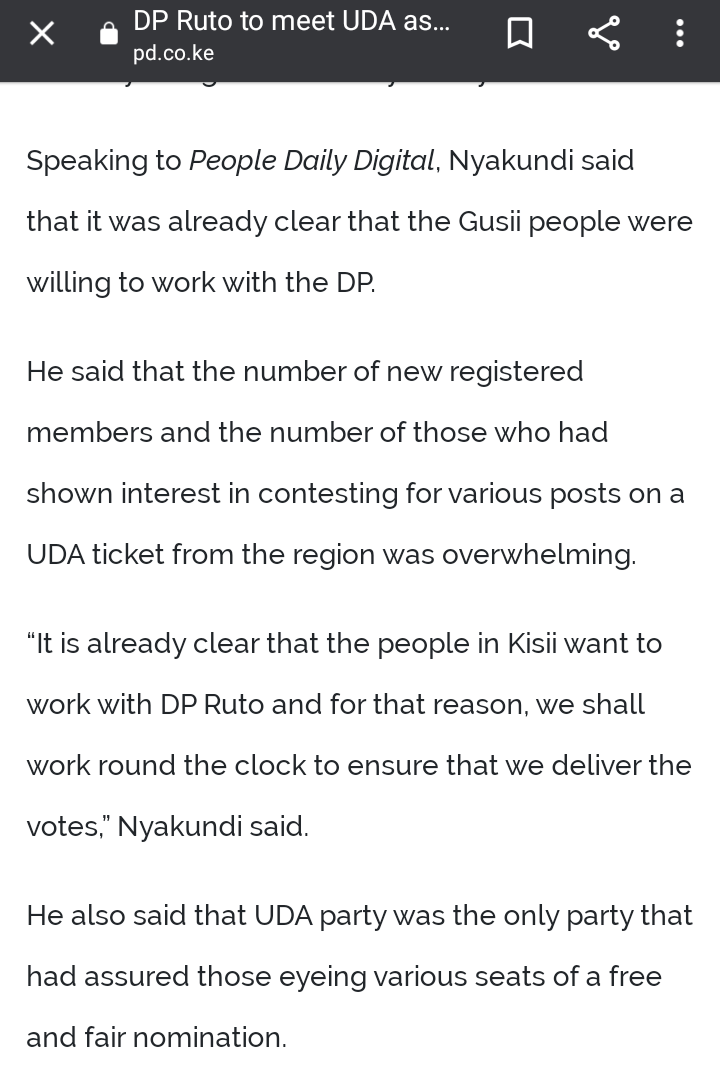 “It is already clear that the people in Kisii want to work with DP Ruto and for that reason, we shall work round the clock to ensure that we deliver the votes,” he told the People Daily.

The growing support, he told the paper, is evident in the good number of aspirants keen on securing seats on the UDA party and the huge number of area residents registering as UDA party members.

Mr Nyakundi told the paper that it is because UDA is promising free and fair nominations that aspirants are coming out in their numbers to seek their preffered seats on the party's ticket.

But his claims that the region is with Ruto comes only weeks after Raila's troops in the region, led by Kisii Governor James Ongwae and Senator Sam Ongeri said that they are in support of his presidential bid.

What Otiende Amollo, James Orengo & Others Were Doing While Baba's Meeting Was Interrupted in Isiolo

" Sisi Sio Wanjiga" ODM Allies Join Ruto In The Coast, Reveals What They Will Do During Election

"Mimi Si Mwizi" Ruto Takes On Raila's Ksh.6K Promise As He Defends Himself