Ruto Is Working So Hard To Become The Fifth President Of Kenya. 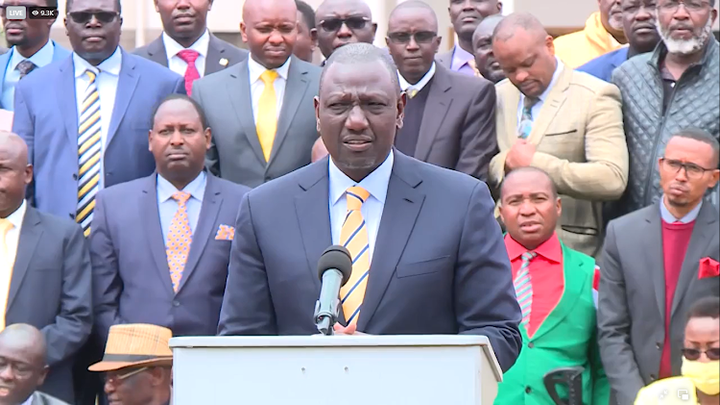 Deputy president William Ruto is one of the top Political leaders in the country who have thrived really so good to make it up to this level without despite coming From the Ordinary Kenyan Family.

He has always shown effort and determination in everything he has been doing for the country, although he came into politics so young, he has maintained the spirit of fighting in politics until now he is the Deputy president of Kenya.

Ruto collaborated with the incumbent president Uhuru Kenyatta in their campaigns towards forming the Jubilee government in 2013, In their first term the duo worked so close as brothers and this motivated them into their second term where they campaigned real hard to secure their positions.

President Uhuru promised to support his deputy for presidency when his time comes but now that's has not or is not going to happen. Here is the Deputy President with his men still pushing and he has kept the hope that he will make it to the state house of Kenya as the fifth president.

Ruto's hopes are set high and he shows his determination towards being the president, He also claims to be a man of God and he believes God can make the impossible to happen and he is going forward, He is not ready to quit despite the political pressure and accusations that has been directed to him just to make him step aside.

He is still pushing with his bottom up economy which he describes will uplift the economy of the country and create jobs to the millions of jobless youths. With his new party UDA with a symbol of a wheelbarrow is leading campaigns across the country while trying to convince the crowds to support him for presidency in the coming polls.

One thing his opponents doesn't know is that this man is really strong and very influencing to the public when he speaks. His desire to become the Fifth president are very high and for his side he will have to do everything possible to achieve his target.

Content created and supplied by: @Boni_Obiero (via Opera News )