Kenyans headed to various polling stations on Tuesday to exercise their democratic right to vote. The process went on well according to the IEBC except for a few challenges. According to the commission, areas that have experienced delays in starting the voting process will extend the time by the time lost. 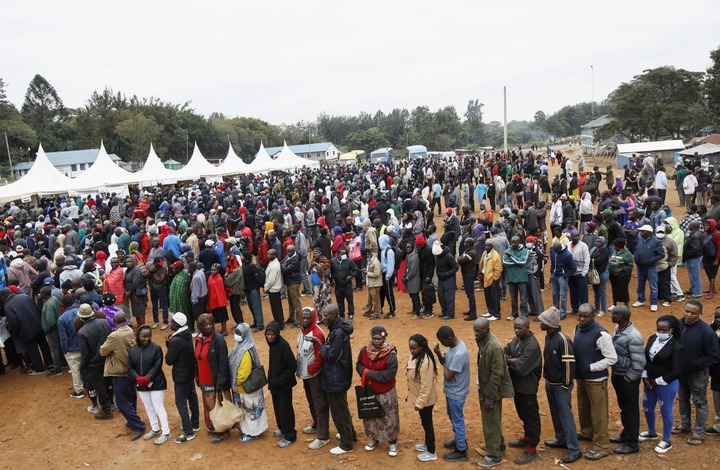 Several stories have been making headlines. To begin with, former Sports Cabinet Secretary Rashid Echesa is making headlines after roughing up a ‘Nation’ journalist. The Mumias West parliamentary aspirant confronted the journalist after she took pictures of some suspicious activities happening at the polling station. The situation was later resolved.

Nakuru Town East MP David Gikaria was arrested after allegedly assaulting a voter at the polling station. Nakuru County Police Commander Peter Mwanzo has since confirmed the incident. The assaulted voter has been hospitalized with injuries on the head.

“There are claims he injured a voter and caused commotion and disturbance at the polling station,” Mwanzo said.

The IEBC has raised concerns over the low voter turnout. This is despite various political leaders calling upon voters to come out in large numbers and vote. During the announcement made at noon, only 30 percent of registered voters had voted according to records generated by the KIEMS kits.

At 4 pm, at least 12,065,803 voters had voted. This constitutes an equivalent of 56.17 percent. However, this number is exclusive to voters who were identified through manual registers.

In Mombasa, Governor Ali Hassan Joho and former Nairobi governor Mike Mbuvi Sonko almost came to a fistfight. The two clashed after they met at Mary Cliff Primary school polling station during their routine inspection of the voting process. Police officers intervened and calmed the situation before it got out of hand.

Roots party presidential candidate Prof George Wajackoyah finally managed to vote after a technical hitch in the morning. At around 10 am, Wajackoyah arrived at the Indangalasia Primary School polling station in Kakamega County to vote but could not be identified by the KIEMS kits. Later in the day, IEBC authorized the use of manual registers, and Wajackoyah was cleared to vote. 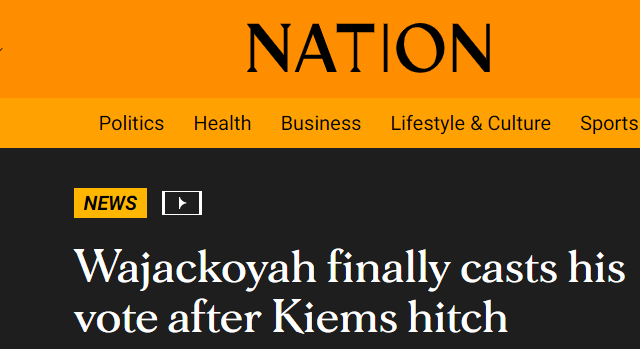