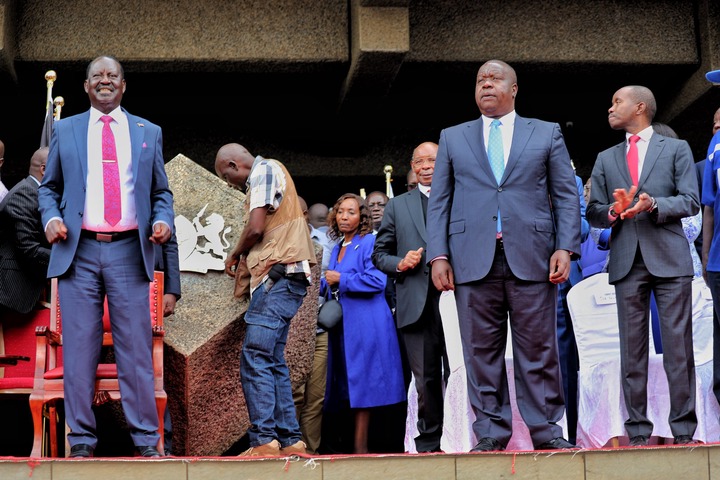 Raila has finally made a choice and picked a running mate ahead of today's deadline set by the independent electoral and boundaries commission (IEBC). The ODM leader has picked NARC Kenya leader Martha Karua as his running mate in the August general elections.

And now, celebrated lawyer Ahmednasir Abdulilahi has come out to break his silence on the appointment of Martha Karua and the snubbing of Kalonzo Musyoka in the Raila Odinga running mate equation.

Abdulilahi says that Raila Odinga has shown pure contempt by omitting Kalonzo Musyoka from the running mate race and instead appointing Martha Karua. He argues that this is disrespecting and demeaning the stature of Kalonzo. 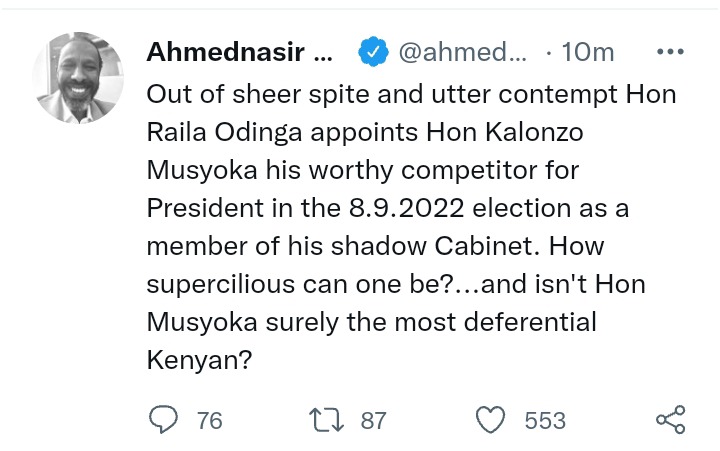 "Out of sheer spite and utter contempt, Raila appoints Hon Kalonzo his worthy competitor for President in the August general election as a member of his shadow Cabinet. How supercilious can one be? Isn't Mr Musyoka surely the most deferential Kenyan?," he said.