By FinestNews.Com (self meida writer) | 5 days

From the two by elections held in Kiambaa and Juja, the President Uhuru's Jubilee Party has been terribly defeated by the political parties that can be said to be from outside Mount Kenya region which is presumably considered as the Presiden's bedroom. Therefore, under normal circumstances, Jubilee could have won without any struggle. In Juja, Uhuru President's Jubilee Party lost to Gatundu South Member of Perliament's Party that is alleged to be related to DP Ruto's UDA party. In the recently concluded Kiambaa by elections cast on last Thursday, the DP's UDA defeated Jubilee though with a narrow margin. 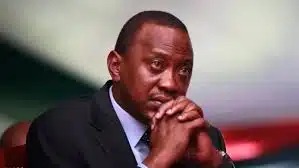 In an analysis to why the Jubilee Party has been unpopular among the Kikuyu and Mt Kenya at large, the Radio Citizen has outlined various reasons that could have resulted to such a trend. These include but not limited to;

a) The Mount Kenya don't trust in the Handshake between Uhuru and Raila.

b) The Mount Kenya claim that President Uhuru Kenyatta has not done any development in the region.

c) President Uhuru's Kenyatta through his 2017 campaigns made the Kikuyus to believe that Raila Odinga has nothing to do with Kenya's development agenda.

“Raila, Kalonzo, Musalia Will Both Condemn Uhuru or Praise Him,” Analyst Claims Amid NASA Feud

Safaricom PLC. Makes This Major Announcement To All Its Customers

Safaricom Users Dealt A Blow As It Announces The Unavailability Of The Following Services,