By Kipsangke (self media writer) | 1 month ago 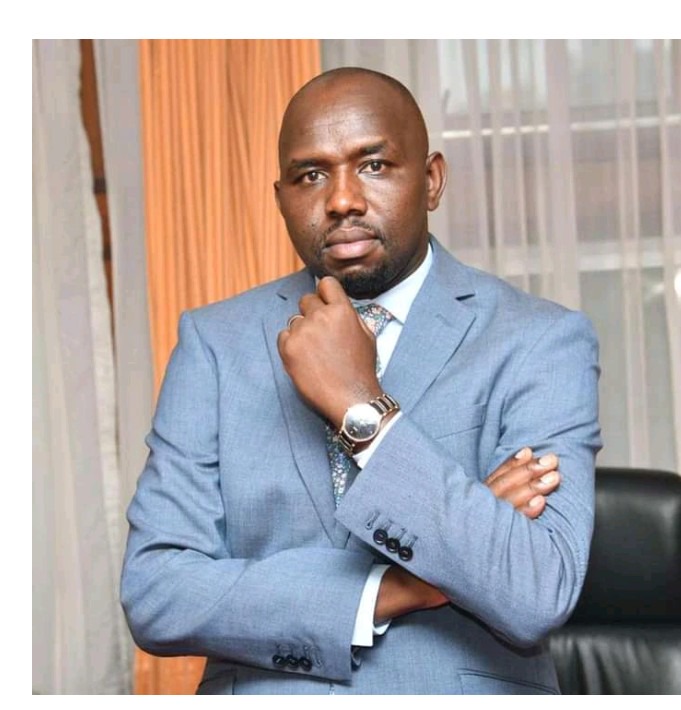 Orange democratic party leader Raila Odinga has been receiving Attacks from Kakamega county Senator Honerable Cleophas Malala, just a day after his tour to Kakamega county. Yesterday, Malala claimed that Odinga was cheating Western region people after he Allegedly visited the region for 2022 Politics unlike what he did in Kisumu with the president. Malala asked Raila to bring project and development in the region and not slogans that has no any important benefits to the locals. He went on to ask him to respect Musalia Mudavadi and engage him on any tour to the region.

Odinga responded by claiming that, there is no way Malala can stop him from visiting the western region for Political rallies. He blamed the senator for the collapse of mumias sugar company, for Allegedly blocking all the investors coming around. Well, Cleophas responded today by claiming that, Odinga hand is in the collapse of the factory and he should not change the tune and blame him.

Elgeiyo Marakwet senator Honerable Kipchumba Murkomen has joined the conversation claiming that, Musalia Mudavadi has allowed malala to Attack Orange democratic party leader which is not good as per him. He has asked Malala to stop attacking Odinga. 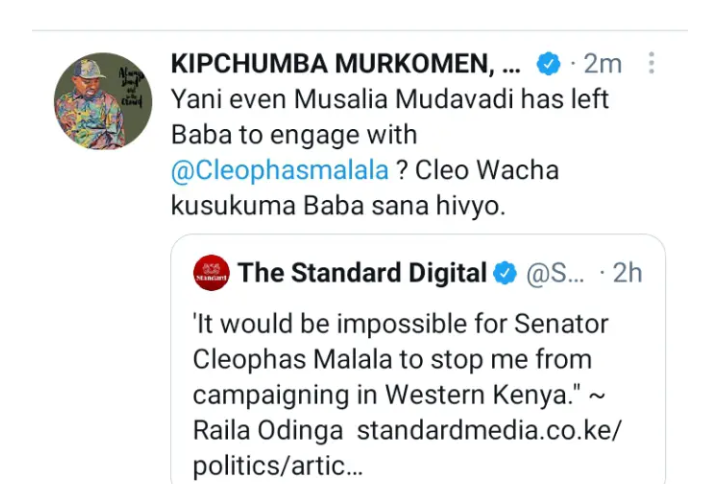