By Description (self meida writer) | 27 days 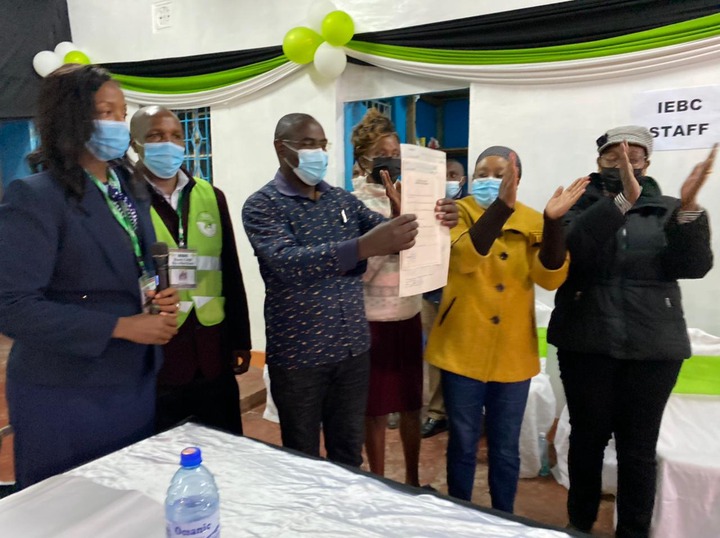 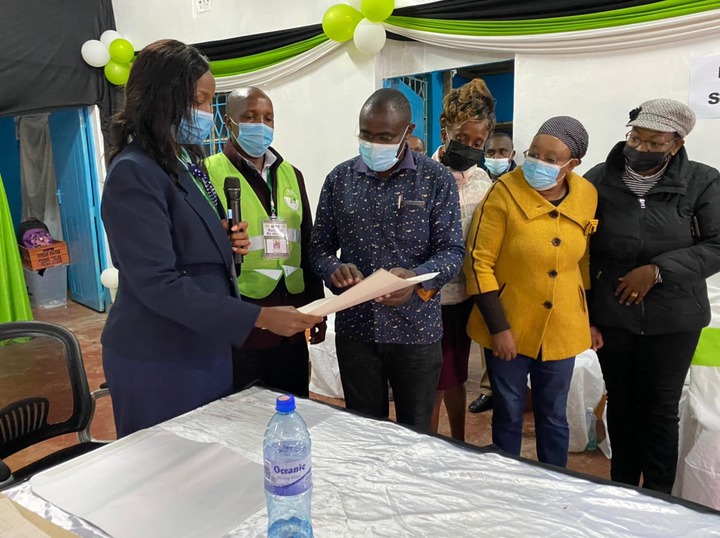 Francis Muraya Githaiga's victory was announced by IEBC. The Independent Electoral and Boundaries Commission stated that Francis Muraya was the duly elected MCA following the conclusion of votes counting at Rurii Ward. 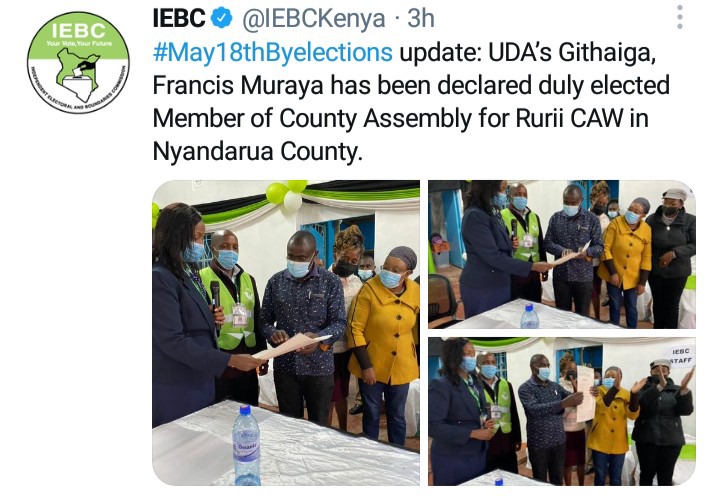 Rurii Ward is in Nyandarua County where the former MCA John Mburu Githinji had died earlier this year hence leading to a by-election.

Nevertheless, IEBC didn't indicate the number of votes Francis Muraya secured in the by-election as well as the votes other candidates garnered.

The other contestants in the just concluded Ward by-election were Peter Thinji of Jubilee and Susan Wangeci who vied for the MCA seat using New Democrats of Kenya party ticket.

The By-election was concluded despite residents claiming that they were facing intimidation by police officers yesterday during the voting process. Things turned chaotic while some Rurii residents alleged that they were being barred from voting.

"Eucho, Ngai Fafa Mwathani" Ruto Response on Claims That Uhuru Will Back One Nasa Chief for President