Political leaders have already hit the round running as they popularize their 2022 political ambitions, with all eyes directed to presidential aspirants who have interests of taking over from Uhuru Kenyatta. 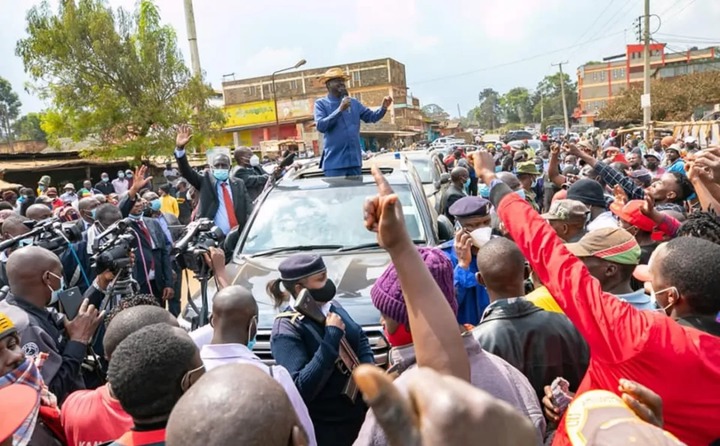 Several political commentators and few leaders have argued that the presidential race is between Raila Odinga and his former ally William Ruto.

The duo have made headway to Mount Kenya Region thanks to its high number of votes, and each of them burning the midnight oil to woo the residents of their votes come next year.

Raila's bid seem to have been boosted by back up of a number of Kieleweke MPs and the Mount Kenya Foundation group.

Speaking in Kiambu where Raila had toured on Thursday, Kieni MP Kanini Kega who is a fierce critic of Ruto said that the region will rally behind Raila since he advocated for the BBI that would have added the county six more constituencies and in turn Sh 100 million CDF funds as wall as Ward allocation funds. 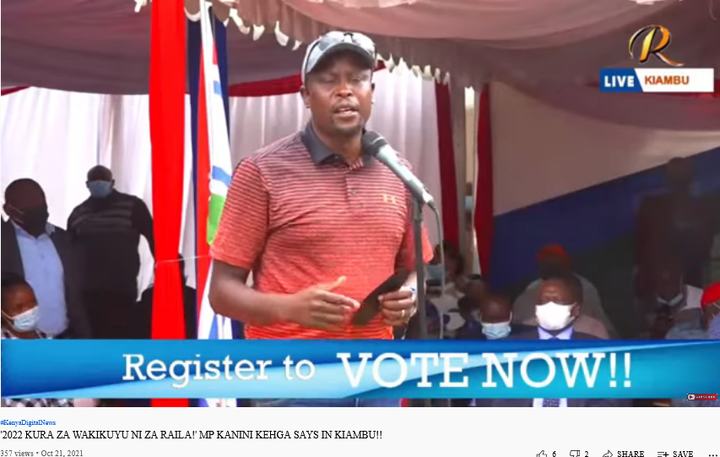 He added that the region had a debt to pay owing to Raila's declaration of Kibaki Tosha in 2002, and the constitution that brought devolution and the 2018 handshake.

"Kikuyu's rewards people who have stood by them, in 1963, Raila's father failed to take leadership since Kenyatta was in jail. He has stood with us during BBI and when things were tough. He is a true friend. We should pay old debt and thus I request you to vote for Raila in 9th August 2022," said Kega.

Reason Behind Murder Of The Five Family Members By Family Father

ODM Crushed To Pieces Over Their Sentiments On IEBC, Raila Told To Prepare For Thunder