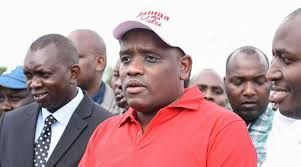 The Hustler Nation Intelligence Bureau agents have again reported another Deep State plans from a meeting in Mombasa. Dennis Itumbi revealed that a decision was reached to stop DP Ruto's meetings at his Karen residence which is commonly known as the Hustler's Mansion. 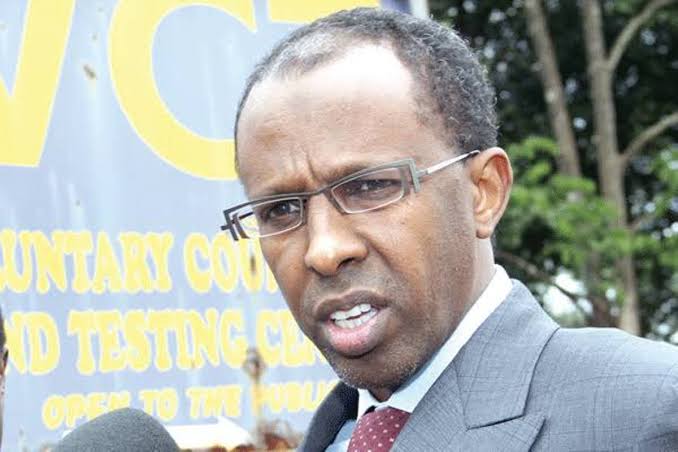 He said that delegations who are coming from outside Nairobi will be stopped before getting to the city and delegations who will be from Nairobi will be stopped before getting to Karen. Itumbi added that DP Tito's pilots will be denied licences and in some cases take off permissions will be denied. He claimed that the police chiefs were initially told to stop the meeting inside the compound but they raised practical and logistical issues. However, Itumbi has said that he will reveal more at 11.18 am. He claimed that there are plans also to stop Ruto from the 2022 race. 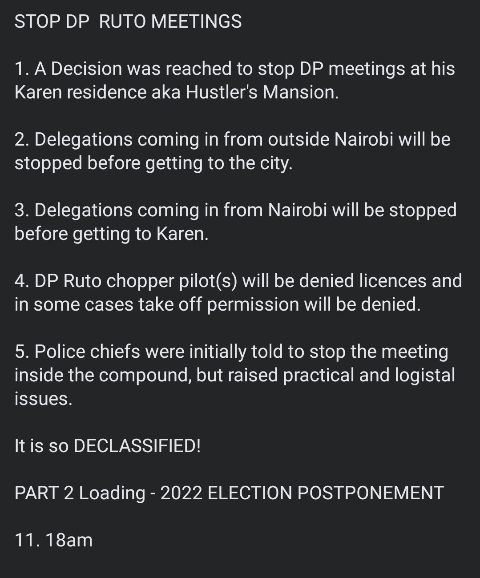 His remarks made lawyer Ahmednadir react and he claimed, "With his HUSTLER NATION Intelligence Bureau (HNIB) providing accurate and verifiable intelligence on many matters Dennis @OleItumbi may as well be the undisputed frontrunner for the office of Director General of NIS in DP RUTO'S Government! @makaumutua." 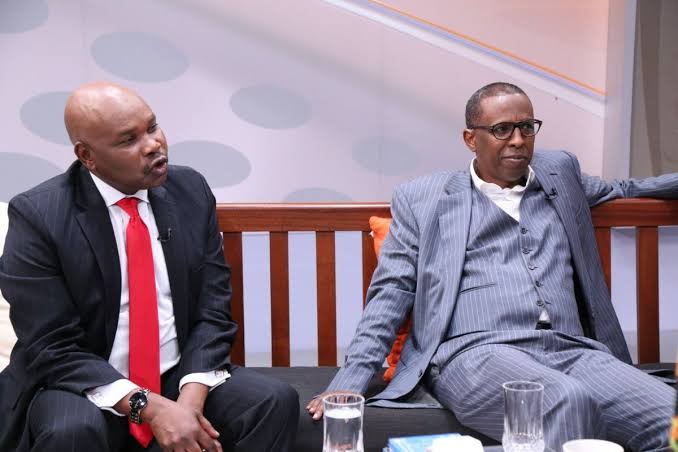 Professor Makau Mutua reacted to remarks by SC Ahmednasir. He claimed, "RESPECT yourself GM! Your fellow Hustler minion @OleItumbi is part of the Deep State since he works for @WilliamsRuto, Kenya’s DP, who has FULL access to top-secret classified intelligence. That’s nothing to write home about. At all!" 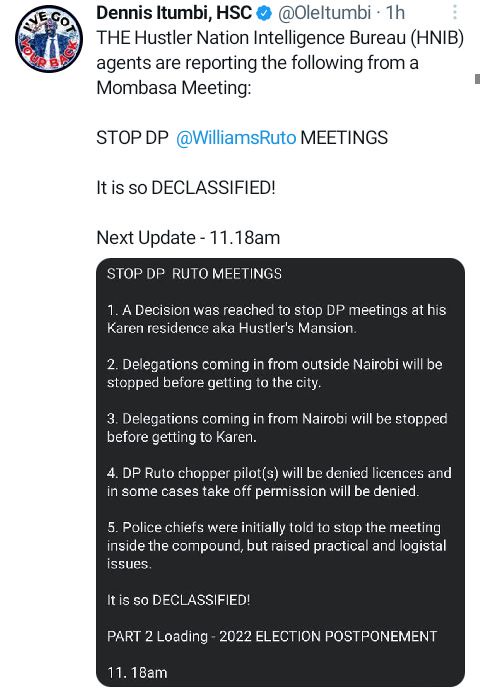 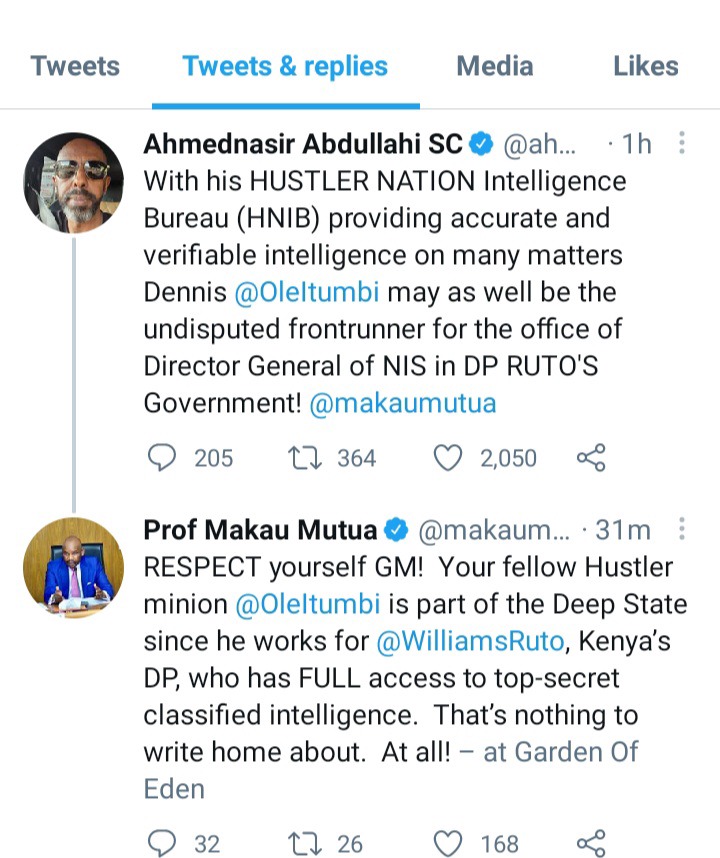 Term One Holiday Break: Parents prepare to Host Your Children From This Date