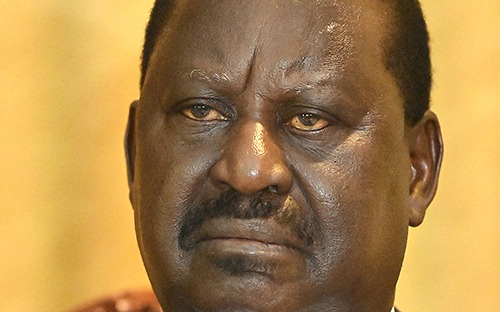 ODM leader Raila Odinga has revealed that his efforts to resolve the political tensions facing the party and the Azimio la Umoja One Kenya coalition in Kisii County have failed.

Mr Odinga, who is also the coalition's presidential candidate, said he had tried to talk to local leaders several times.

On several occasions, Azimio la Umoja One Kenya meetings have been marred by political unrest.

Mr Odinga said he had urged leaders to put aside their political differences to enable the coalition to win more seats in the August 9 election. 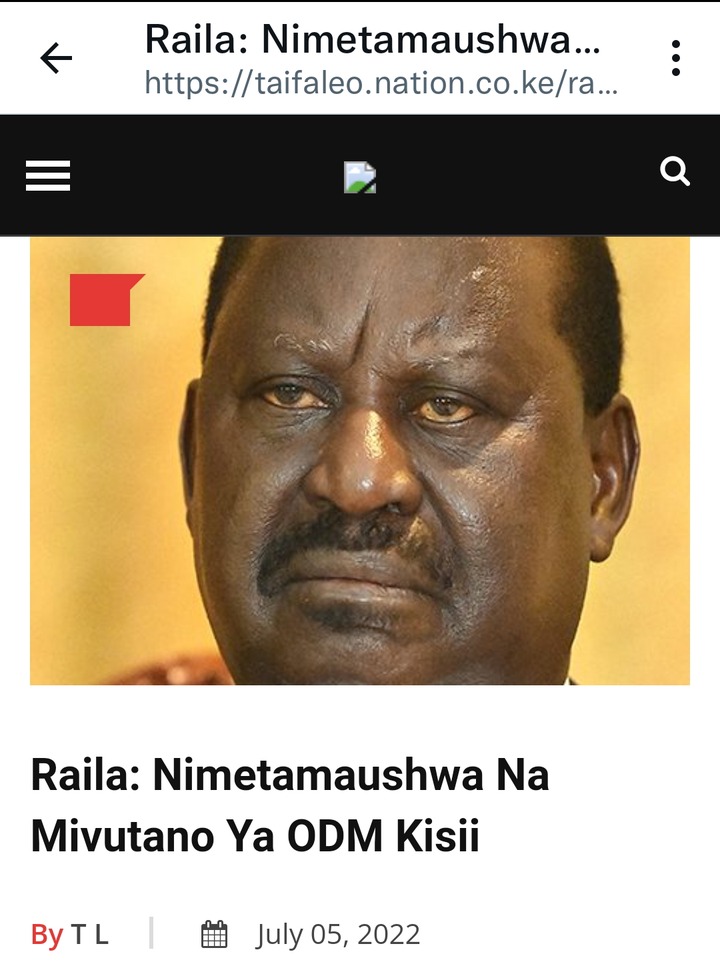 "I have been condemning the violence. Earlier, I held several meetings with leaders from Kisii and advised them that there should be no animosity between them, especially when faced with fierce competition from our opponents. I told them that they all belong to the same family in the Declaration, despite being in the ODM, Jubilee, UPA, DAP-K parties among others, ”he said.

“I will call them again and have a meeting with them. We will agree that they should run their campaigns without prejudice or contempt, "said Mr Odinga.

Investigators say that with only one month to go before the general election, Mr Odinga's statement comes at the right time.

Mr Odinga said he would like to see the coalition's campaigns conducted peacefully so as not to give opponents a chance to politically infiltrate the region.

Mr Odinga made the statement over the weekend, in a joint press conference from the Nyanza area. He was responding to a question from a journalist about the poor relationship between Governor James Ongwae and the county's candidate for the ODM ticket, Simba Arati.

Tensions between the two factions are said to have contributed to the disruption of a political rally addressed by Mr Odinga's running mate, Martha Karua, last week.

One police officer was arrested after he allegedly blew up a tear gas canister shortly after Ms Karua started preaching.

He explained: “First of all, I strongly condemn the incident that took place at Gusii Stadium when Ms. Karua was meeting with the mothers. It is a sad thing and we must condemn it in every way. I understand that one policeman was arrested. However, it is more likely that he was sponsored by someone. ”

My Husband Married Another Woman While I Was In Hospital Giving Birth. It Was Painful, Woman Narrates

Meet The Youngest MCA In Nakuru County Who Did Campaigns Using A Donkey.

Good News to HELB Students as They Can Now Loan UpTo 600,000 if They Are Employed

"We're Waiting For Swearing In So That Unga Can Drop To Sh. 90, Free Bundles, Free Education" Thuku